In Grove Hall, community center becomes home away from home 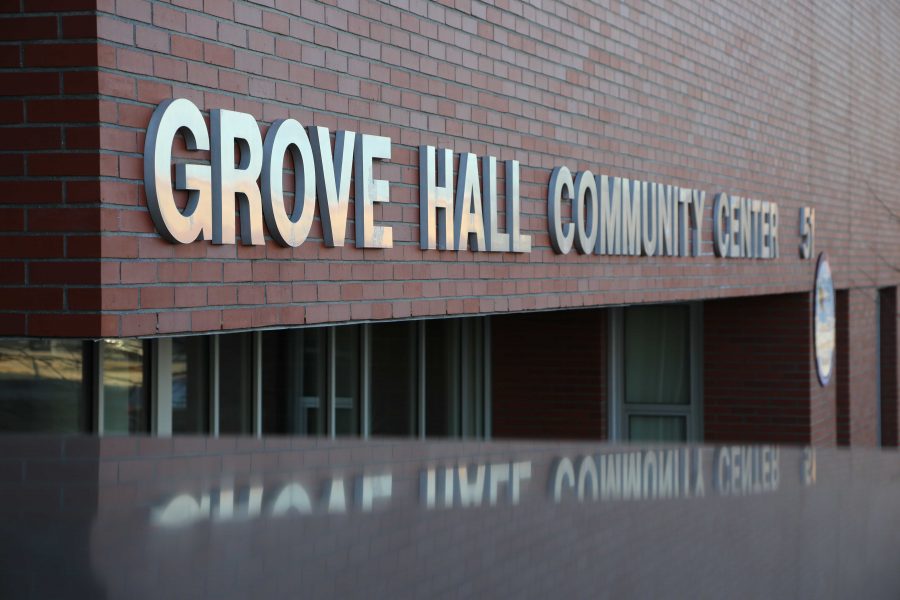 An unforgiving gust of wind washed over the Grove Hall Senior Center, a simple brick building on a quiet street that runs along the border of Dorchester and Roxbury.

Ayana Green, 23, one of two full-time employees, greeted several women who had been waiting for the center to open.

One woman – whose name Green did not know – shuffled in at 10 a.m., as she did everyday. Green said hello without any response. But that didn’t surprise Green at all. The woman never responded. She would simply find herself a seat in the corner of the main room and remain there until the senior center closed at 6 p.m.

After days and weeks of the same wordless interaction, Green assumed she must have hearing problems. There was no other explanation. But one morning, the woman gently broke the silent barrier.

“One day she spoke and she said, ‘Good morning.’ And that’s when I realized that she wasn’t hard of hearing. She was just shy,” Green said.

Since then, that woman has participated in nearly every program, Monday through Friday. She participates in singing and dancing activities, and laughs along with the others. For her, and many of the other members, Grove Hall Senior Center has become a second home. The center is run by Boston Centers for Youth & Families, a department of the city government. While many older adults throughout the country face solitude, BCYF has helped many to find community. 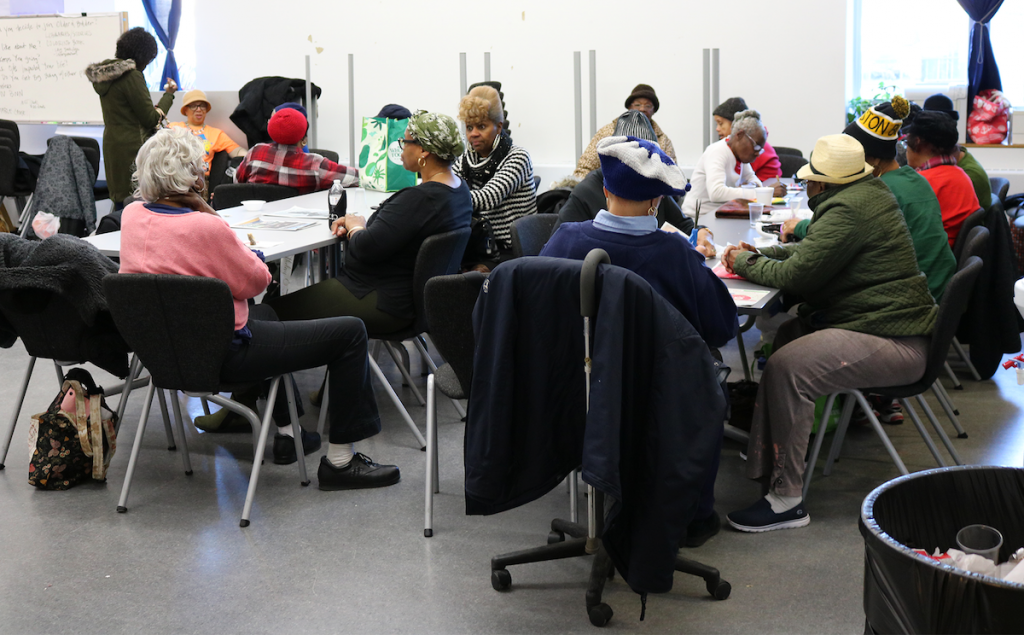 According to an AARP study, one-third of adults age 45 and older are lonely. The study also said the people who are socially isolated are more likely to have health issues, which then lead to financial problems.

According to the U.S. Census American Community Survey, 20.5 percent of Boston residents age 65 and older were living in poverty in 2017.

Employees and members at the center agree that Boston needs more free, full-day senior centers. They offer an important space for those seeking friendships and daily activities.

“I think I would really be handicapped or crippled without moving around or being around other people,” said Valerie Best, 70. “I’d be very illiterate. It’s made me progress and get along with people, have a good time and just show off.” 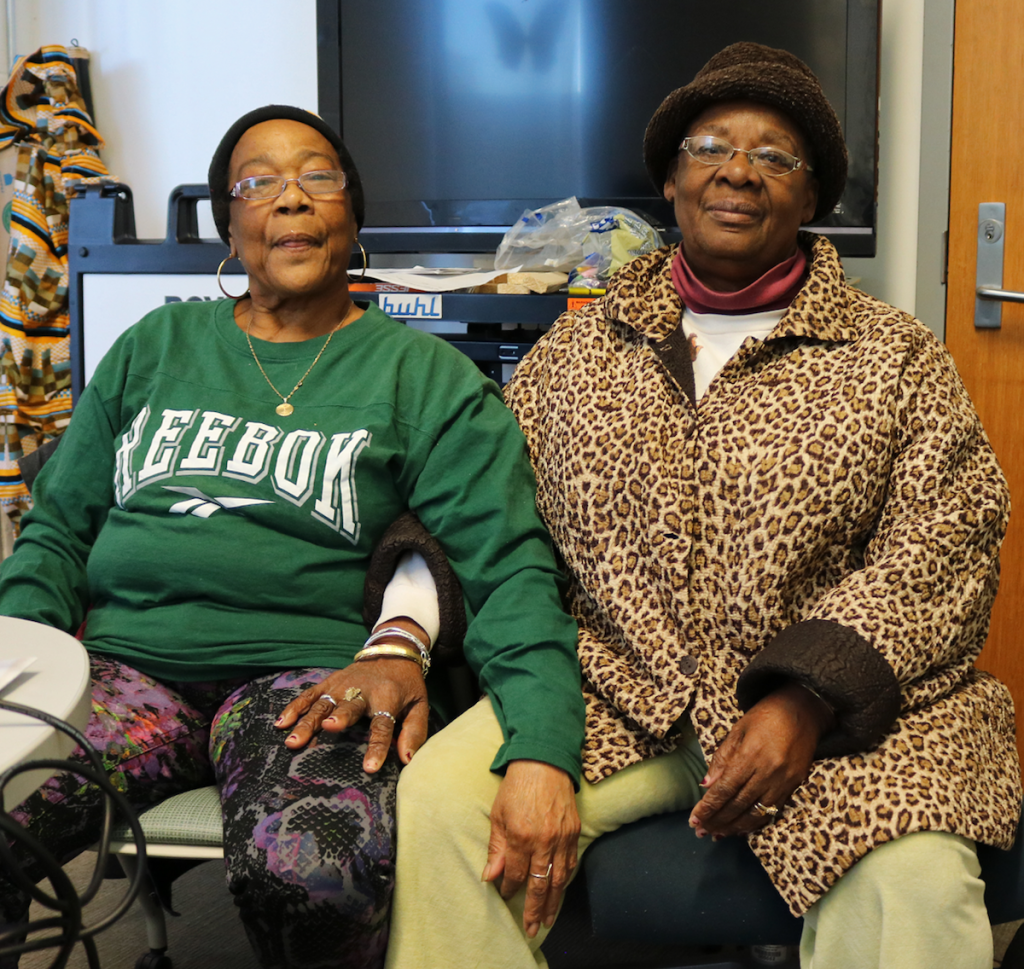 Angeline Elmore (left) and Sybil Sampson (right) are regulars at the center. // Photo by Ysabelle Kempe

Boston’s senior population is only growing. The American Community Survey estimated that Boston currently has 104,594 residents aged 60 and older. Imagine Boston 2030, a development plan from the mayor’s office, projected this number to grow to up to 130,000 by 2030.

Aidee Pomales is the current coordinator of the Grove Hall Senior Center. She is quick to laugh and knows the name and a fact about every member at the center.

Although her work with the seniors seems to come naturally, Pomales once served a very different demographic in the Grove Hall Community Center – the youths. One day, however, Pomales was sitting in the lobby when an older woman wandered in and asked if the community center had any programs for seniors. Pomales realized they did not, and she was inspired to make a change.

In 2016, Pomales began by organizing just a few programs per week, which included tai chi and aerobics classes. As participation increased, so did the suggestions for new activities. Today, the center has constant programming from 10 a.m. to 6 p.m. every weekday and boasts more than 500 members, mostly women.

Now Pomales said she has the opposite problem: she can’t help but fill every free hour with new programs. She’s not afraid to get funky with offerings like line dancing, drumming, “Netflix Series Club” and even chair hip-hop — complete with a lesson in modern moves, like the whip and nae-nae.

Pomales often gets asked what makes her center so successful, but she is hesitant to promote some standardized formula for a perfect center. The magic is in the seniors themselves, she said, and how they interact with one another.

Alease Walker, 72, has been a member of Grove Hall Senior Center for two years. She believes the staff care deeply about their work, in a way that’s missing from other senior centers.

“Here, one comes in, and they feel that they’re part of a family,” Walker said. “People who work with us on a daily basis, they care about us. You’re not just a statistic.” 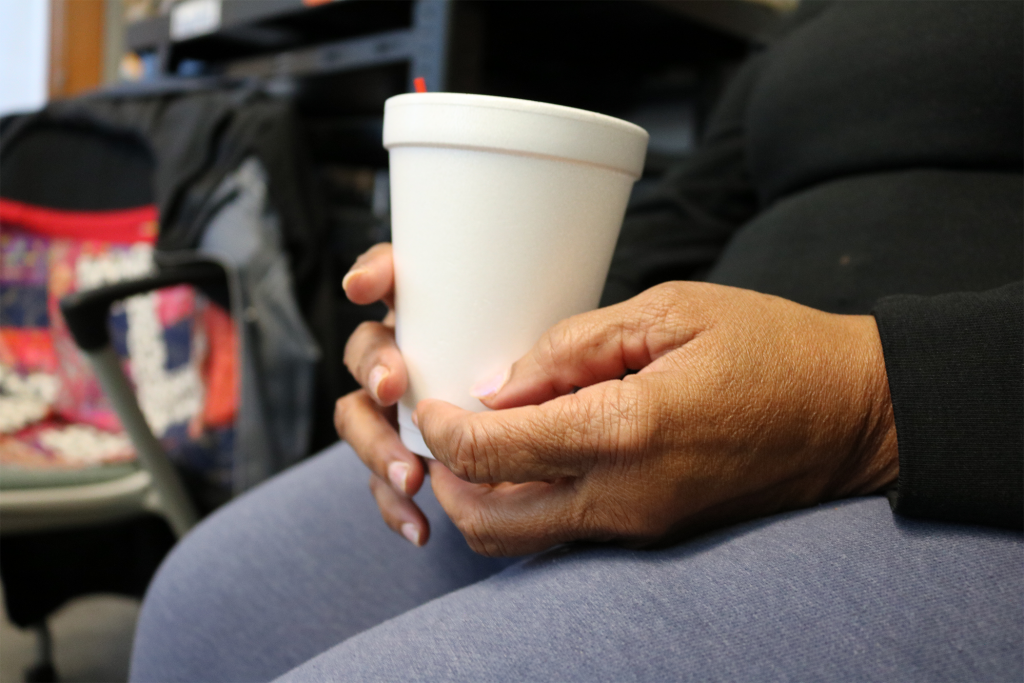 Alease Walker holds a cup as she speaks. // Photo by Ysabelle Kempe

Angeline Elmore, 72, was diagnosed with cancer during her second year at the Grove Hall Senior Center. Around the same time, her brother passed away. Elmore’s time and energy was filled with trips to the hospital and painful chemotherapy. The realities of old age were striking. She even struggled to remember the senior center’s phone number.

Her friends from the center, who she calls her family, quickly noticed her absence. They visited Elmore, with bags full of homemade cards and lunch.

“You could not express how I felt to see them come,” Elmore said. “See me, [bring] me lunch. It was like, oh, I’m a home away from home.”

Elmore finally returned to Grove Hall Senior Center in January 2018, and she’s back to being a regular.

The importance of socialization has been proven. Medical research has shown that social ties lead to healthier behaviors, such as exercise and adherence to medical regimens. Community members at the Grove Hall center have seen the health outcomes first-hand.

“You know, we had people coming in who could scarcely move. After a few months, they start walking and participating,” Elmore said. “[Staff] would take us for walks and some of them would take forever, but they did it and that’s what was important.”

When the Scope visited the Grove Hall Senior Center, members lined up to share their love for the community. One woman, who couldn’t wait in line, left a handwritten note that ended with, “I love it here. It’s better than home.”