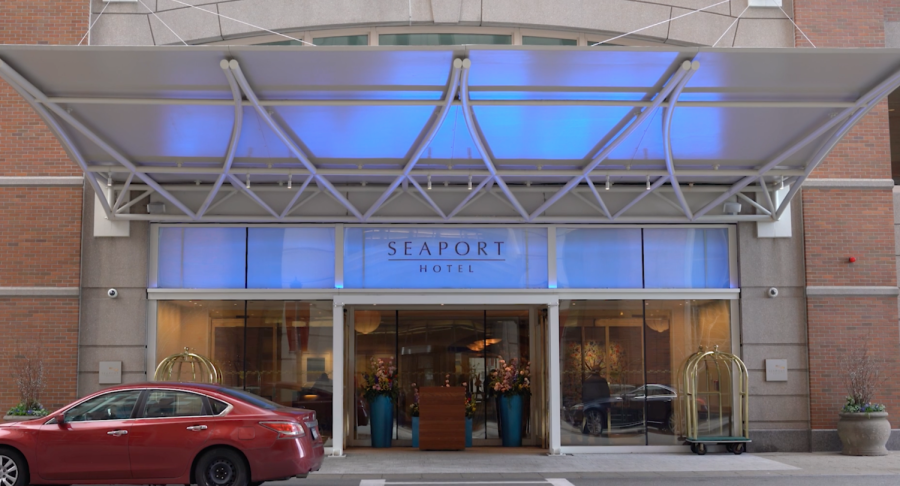 Before the COVID-19 pandemic, Boston welcomed almost 23 million tourists every year. And as temperatures rise and travel restrictions loosen, the culturally and historically-rich city is in for a bustling summer filled with excited visitors.

Often, a key component of traveling and tourism is finding a form of lodging to accommodate the trip. Dan Ruben, a green tourism activist from Newton, explained that the hotel industry is inherently wasteful and is another industry contributing to climate change. And as sea levels rise due to increasing temperatures, coastline cities like Boston could face serious ramifications.

“The most direct way that hotels contribute to climate change is by burning fossil fuels for heating, for cooling, for cooking, for hot water,” said Ruben, also a professor of sustainable hospitality and sustainable tourism at the University of Southern Maine and Missouri State University respectively. “The city of Boston has billions of dollars, and the state of Massachusetts has billions of dollars of buildings on its coastline. When the sea is several feet higher than it is now … where are those people supposed to go, where those businesses are supposed to go?”

But not all hope is lost. Several hotels in the Greater Boston area, including Salem Inn, Seaport Hotel and Irving House at Harvard, are making substantial efforts to reduce their carbon footprint. And if travelers want to reduce their contribution to climate change, choosing to stay at a green hotel is an available option.

Dick Pabich, the owner of Salem Inn, located in the heart of the witch trials city, said he and his wife realized they needed to retrofit their hotel to fight climate change after the front yard of their home located on Winter Island was flooded during a storm a few years ago.

“The waves were crashing up over the seawall onto our front lawn, and it was taking out all the plantings that had been there for 25 years,” Pabich said. “We said to each other, ‘This is real.’”

Ruben emphasized that all industries and all people need to do their part to fight climate change. Tourism and hospitality offer a unique and accessible opportunity for everyone involved to reduce their carbon footprint.

“I think there’s every reason to move in the direction of sustainability,” Ruben said. “We have to be much more environmentally sustainable because climate change is on track to devastate the lives of our young people within their lifetime.”

This is a part of a video series produced in Jody Santos’ course “Video News Reporting and Producing” at Northeastern University. Over the semester, students will be producing news packages addressing sustainability, climate change and transit justice within Greater Boston.