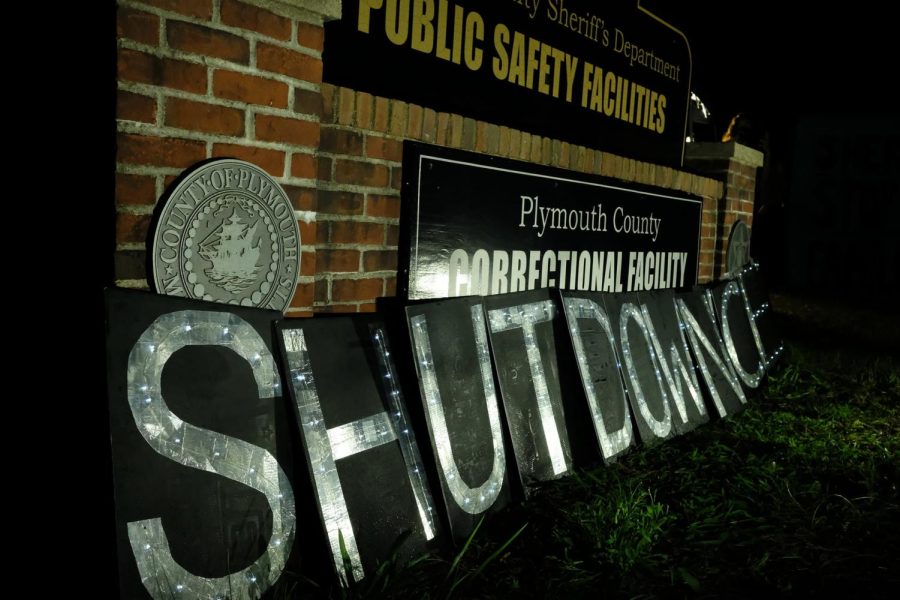 After over six months of pressure from immigrant detainees and their families, advocacy groups and attorneys, Senators Ed Markey and Elizabeth Warren have issued a request to the Department of Homeland Security and Immigration and Customs Enforcement for the immediate review of detainee conditions at the Plymouth County Correctional Facility. The letter cites concerns about “lack of access to food and hot water, inadequate medical care, insufficient hygienic maintenance, limited and monitored interactions with counsel, violation of their rights to practice religion, and retaliatory punishment.”

The Plymouth County Correctional Facility holds between 100 to 200 immigrants at any given time through a “bed contract” with ICE. It became the only remaining immigrant detention site in Massachusetts after the termination of Bristol County’s bed contract with ICE in May of 2021, following a similar public outcry about mismanagement.

“Detainees at PCCF must have access to a safe, dignified, and lawful environment,” said Senator Markey in a statement to The Scope. “ICE officials and contractors must be transparent about how they treat people in their custody, and that’s why Senator Warren and I wrote to the agency this week.”

The letter requests information such as the number of hot meals provided per day at PCCF, the number of staff vaccinated against COVID-19, availability of translators, instances of punishment against detainees who speak out and more. The senators have asked for a response by Jan. 19, 2022.

“We welcome the Senators’ interest in our facility and Plymouth County…” wrote John Birtwell, a spokesperson at the Plymouth County Sheriff’s Department, in an email to The Scope. “I am confident they will find the claims made by some are unfounded.”

The Department of Homeland Security and ICE spokesperson John Mohan declined to comment on the letter. However, an ICE official explained to The Scope in an email that the agency is “firmly committed to ensuring that those in our custody reside in safe, secure, and humane environments.”

Marco Battistotti, an Italian immigrant detained at the PCCF in 2020 and who advocates with the immigrant justice campaign, All Eyes on Plymouth, applauded Markey and Warren’s efforts to move the needle on this issue.

“It is my hope that the DHS Office for Civil Rights and Civil Liberties would launch an investigation on Plymouth ICE Detention Center that would ultimately lead to…its closure,” said Battistotti.

Senators Markey and Warren were first approached by All Eyes on Plymouth in June of 2021 with testimony from detainees about the mistreatment and neglect experienced in Plymouth. The campaign sees the senators’ request for information as a step in the right direction but questions whether or not it will have a material impact on conditions.

“We want to know how the Senators plan on confirming if Plymouth is honestly responding to their questions,” wrote All Eyes on Plymouth in an email to The Scope.

Ultimately, the campaign wishes for greater efforts to be made by Markey and Warren, especially given the “huge risks” of detainees sharing their experiences with the public. “We wish the letter called for everyone to be freed.”

“We’re glad that people [legislators] are using the power that they have,” said Elizabeth Nguyen, a volunteer with Boston Immigration Justice Accompaniment Network (BIJAN) and All Eyes on Plymouth. “We want them to use more power. Because we really do know that these are issues of life and death.”