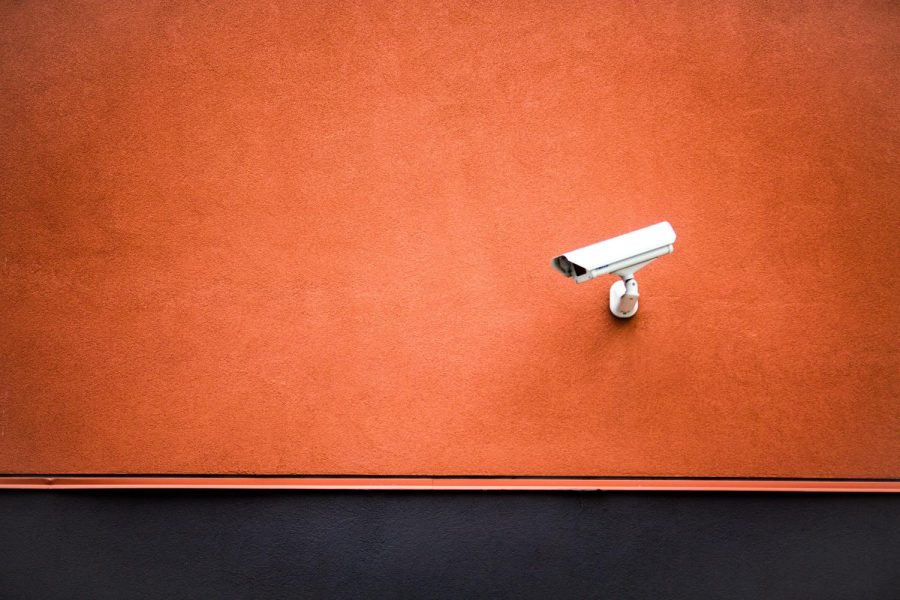 Photograph of a surveillance camera on a building.

In May of 2013, the National Center for Missing and Exploited Children alerted the Norfolk County District Attorney’s Detective Unit to “xBostonDad,” an anonymous member of an online child pornography forum whose profile claimed he lived in Brockton, Mass.

Detective Lt. Denise Doherty from the Massachusetts State Police took charge of the investigation and, with the help of an undercover agent monitoring the site, made contact with xBostonDad. The agent identified xBostonDad’s Yahoo email and forwarded it along to Doherty, who discovered it was associated with a Verizon-issued IP address tied to four separate networks. Verizon informed police that each network was affiliated with Richard Comenzo, a criminal defense and immigration attorney in Stoughton; one with his apartment complex, two with his law office and one with his company.

Around the same time the following year, Comenzo had adopted a new online persona, “bostonslavedad3,” and spread child pornography on Tumblr, a popular blogging platform that many teenagers use. Meanwhile, police failed to identify Comenzo’s apartment number despite numerous attempts, which they needed to obtain a search warrant and seize his electronic records.

Empty-handed, Doherty took the investigation in a different direction: opting to construct a high-tech pole camera on the street across from Comenzo’s apartment complex.

According to court documents filed this September in the Supreme Judicial Court, her team recorded more than two weeks of content. This video captured Comenzo’s movement in and out of his apartment complex and the movements of everyone else who lived and visited there. Out of 16 days of surveillance, 14 were before the police obtained a search warrant.

“When you open up the footage, this camera was across the street from the apartment building,” Patrick Noonan, Comenzo’s Brockton-based attorney, speaking on behalf of his client, who denies any wrongdoing, said. “The camera was affixed to a utility pole 82 feet away from the front door, but officers watching the footage can rotate the camera left or right and capture the entire driveway where all the tenants parked.”

Such a broad approach to surveillance has privacy and data experts worried. Cameras that allow police to map the behaviors and habits of anyone caught in their fields of view may violate privacy rights, they warn, and Comenzo isn’t the only one who has been surveilled in this way.

In 2017, for example, police suspected Lynn-resident Nelson Mora of involvement in drug trafficking, according to court documents filed in the Supreme Judicial Court. They made several controlled narcotic purchases from Mora, confirming his guilt, but wanted a bigger sting than one common distributor. State police mounted a pole camera outside Mora’s home in Lynn and monitored his activity for nearly six months.

Partway through their surveillance, police began suspecting another man, Ricky Suarez, was involved in Mora’s narcotics operation. They set up a camera outside of Suarez’s home in Peabody, too, according to Supreme Judicial Court documents filed in 2020. Like the camera outside Comenzo’s apartment, these cameras could zoom and pan, providing police with an extraordinarily detailed account of any activity around Mora and Suarez’s residences.

Police finally arrested Mora and Suarez in 2018. But, on the grounds that the pole camera violated their privacy rights, Mora, Suarez and a third defendant moved to prevent its footage – and any evidence that it produced – from being cited in court.

In 2019, the motion judge hearing Mora and Suarez’s case denied their request to suppress pole camera evidence. However, they appealed to the Supreme Judicial Court, and in this case, the court not only agreed with them but set a legal standard outlining when pole cameras become invasive.

“Arguably, we are all on notice because there are cameras in public spaces, but we aren’t on notice that a camera is being pointed at our door,” Daniel Medwed, a law and criminal justice professor at Northeastern University in Boston, said. “Mora basically said that the pole camera poses a problem if it’s up for a long period of time.”

In a Zoom interview, David O’Brien, the assistant research director for privacy and security at Harvard University’s Berkman Klein Center in Cambridge, said that pole cameras are off-limits, specifically if used to surveil people for longer than longer eight weeks.

The Massachusetts Police Association did not respond to multiple voicemails requesting their comment.
The pole camera predicament
As technology evolves, so too do the surveillance techniques used by law enforcement. “In the pre-high-tech days … you can tail somebody, have a stakeout,” Medwed said. “The problem with a pole camera is you just don’t know it’s there….”

The advent of facial recognition technology in particular, and its potential to work hand-in-hand with pole camera surveillance, places pole cameras in a unique legal gray zone, according to the experts interviewed in this story on data privacy.

“There’s been some questions about combining pole cameras with things like facial recognition technology … then it would allow you to index [recorded footage] not only by time but by person…,” said Mason Kortz, a clinical instructor at the Harvard Law School Cyberlaw Clinic in Cambridge. “One place the federal courts might draw the line is if there are multiple cameras in an area and you are able to identify a person … across space, across time.”

Moore-Bush fought back, filing to suppress evidence from the pole camera on the grounds that it constituted an unreasonable search under the Fourth Amendment of the U.S. Constitution.

Initially, the District Court ruled in Moore-Bush’s favor: the eight-month recording and the creation of a digitally searchable log of recorded clips constituted a search and were inadmissible in court, according to Judge William Young. But the government appealed to the Court of Appeals for the First Circuit, which ruled the opposite. Surveillance isn’t a search if it is restricted to publicly accessible areas of property, the Court of Appeals found in 2020.

At the same time, federal law enforcement agencies like the FBI are legally allowed to – and do – use facial recognition during investigations without a warrant. The FBI actively encourages local police to do the same through the Next Generation Identification- Interstate photosystem.

Privacy experts say that facial recognition-assisted pole camera surveillance would expand police capabilities significantly. A legal concept known as “plain view doctrine” allows officers to act on any evidence of a crime that is within their field of view.

“What if the police were focused on Comenzo but caught video of someone doing something on the side,” said Medwed. “That’s fair game, and the police could investigate …This is why the case is pretty important … This is … the collateral damage problem of other people having their lives inspected unwittingly.”
States fend for themselves
Still, state constitutions can expand freedoms limited under or overlooked by federal law.

Massachusetts’ enhanced privacy rights may be Comenzo’s saving grace. Because the police’s pole camera captured his daily routines in such a detailed fashion, it may constitute an unreasonable search under state law.

The police’s surveillance of Comenzo likely meets this criterion.

“The pole camera could show you what time my client gets up in the morning, when he leaves and walks out the front door … what time he gets home and what time he goes to bed,” Noonan said. “You can see items he’s carrying, like coming back with dry cleaning. You can see him carrying his trash out to the dumpster, bringing groceries home … It captured every single person that would come over and visit him. Guests, friends, and the government knows who he is meeting with.”

Surveillance of Comenzo also captured his neighbors’ apartments and activities.

“What’s worse? A two-week search focused on an entire apartment or a two-month search on one specific door of a building,” Kortz, a privacy expert at Harvard, said. “There’s room for a court to take into account both breadth as well as depth … at a certain point, a search becomes so broad that it is not particularized.”

“What the [Supreme Judicial Court] recently came out with is the mosaic theory, which means that you can have something that – isolated – is not a search, but … when you take it together in the aggregate … can become a search,” Noonan said. “You’re dealing with an apartment case that implicates the privacy concerns of everybody else. That’s alarming, and that’s one of the reasons why the SJC wanted to hear about the case.”

The featured image photo was taken by Thomas Hawk.