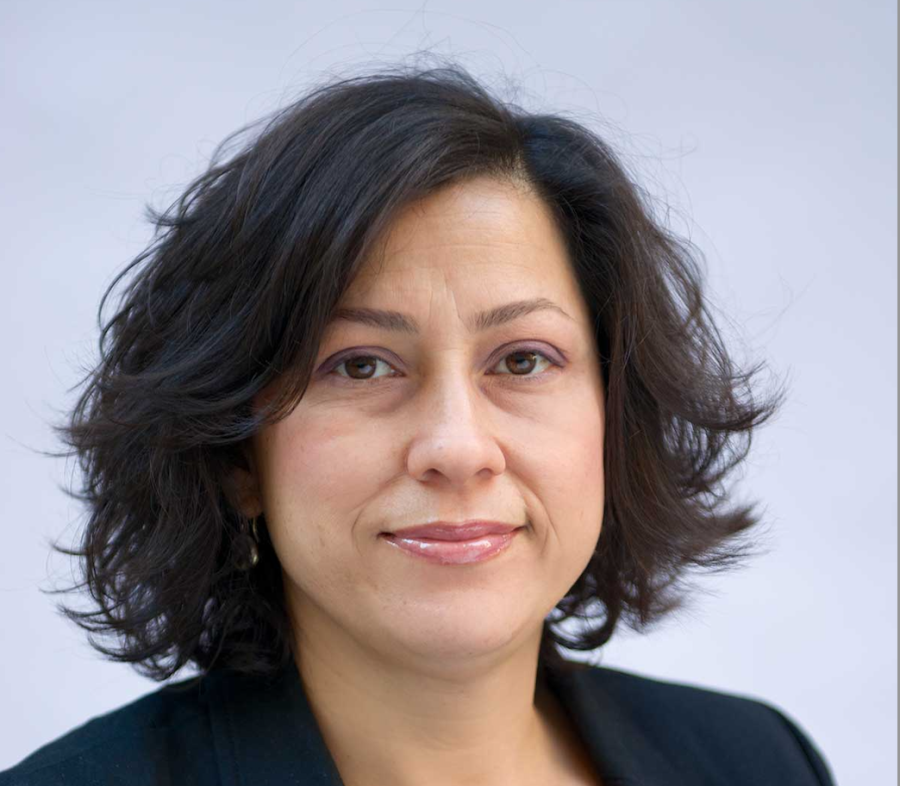 There’s a three-story brick building on 1530 Tremont St. that South Boston’s Latino community has called home for the past 50 years. Sociedad Latina, a nonprofit organization, founded initially as a welcoming center for the Latino community of Boston has become an exceptional hub for youth development and civic engagement.

On Thursday, Oct. 14, Sociedad Latina celebrated the end of National Hispanic Heritage Month in the backyard of Tobin Community Center in Mission Hill, a few steps from Sociedad Latina’s newly renovated building. A successful capital campaign allowed the organization to finally purchase its long-term location and fund an extensive renovation that will expand the outreach of Sociedad Latina’s positive youth development programs.

“Our youth deserve to have a state-of-the-art space and a beautiful location,” said Alexandra Oliver-Dávila, executive director of Sociedad Latina. “We’re really excited to be able to continue the work we do with youth and focus on making our programs the best that they can be.”

Oliver- Dávila, with more than 20 years of active involvement in Boston’s Latino community life, has led the outstanding growth of Sociedad Latina and has expanded its network of partnerships that today fosters the professional and educational development of the Latino youth in Boston. Her commitment was worth multiple nominations on El Planeta’s Powermeter 100 Most Powerful People for Massachusetts’ Latinos. She discussed the success of Sociedad Latina and the hardships of the Latino community in Boston with Northeastern’s Alessandro Clemente.

The Scope spoke to Oliver-Dávila to learn more about Sociedad Latina’s mission and the issues that face the Latino community in Boston. The following conversation has been edited for length and clarity.


Can you give our readers an introduction to Sociedad Latina, its mission and how it has evolved over the recent years?
It was founded in 1968 in South Boston, and it was originally mostly a Puerto Rican welcoming center hosting softball leagues and social events. Ten years later, the organization moved to Mission Hill, which has been its home since then and moved into several buildings until this last one. We’ve been there for 30-something years, and we actually purchased it three or four years ago; we have just finished renovating it. We went from being a welcoming social-kind of club type of organization to working specifically with youth, focusing on what at the time was called peer-leadership, the idea that young people train other young people. Work readiness, education, civic engagement and arts and culture are the four areas in our organization.
Last month, Sociedad Latina hosted an event on Tremont St. to celebrate Hispanic Heritage Month and the newly renovated location. What was that celebration about, and what does Tremont St. represent for Sociedad Latina?
Every year, because we focus on arts and culture, we have a whole month of events during Latino Heritage Month, and we do all kinds of things. Usually, we have live bands. We are very heavy on music. We have a music clubhouse where young people learn to play an instrument, write music and write lyrics. They learn composition, they learn sound engineering, they learn vocal performance. Usually, we do a lot of arts activities. We bought the building a few years ago, and that was a big deal because Mission Hill has changed so much; it has been gentrified, and it’s been run by students, especially for some of the colleges who over enroll and do not have enough housing for their students. So that has driven up the price of rental units, which have been taken over by students and have displaced families. We feel fortunate because we’ve been there for over 30 years, and that is our home.
What are the biggest challenges for the Latino community in Boston?
So many. I think the biggest challenge is the underrepresentation of Latinos in decision-making spaces in any sector. We commissioned two reports focused on the city of Boston, the city government particularly, and the underrepresentation in leadership positions within City Hall and across all the boards, commissions and task forces. If you look at health care, if you look at higher education, if you look at philanthropy, Latinos are not in decision-making places.

The other thing is income inequality. The 24/7 Wall St. [website] rated all the states in terms of income inequality, and Massachusetts was No. 1 for Latino income inequality. So I fear for Boston. It’s losing a very important population in terms of diversity, language [and] culture. Our public school system fails our Latino students, as they are ill-advised around higher education. They are saddled with debt, taking out loans that can just drown. Students then leave and owe a debt and continue their studies somewhere else without paying off the loan. Community college can absolutely play a role. Not that they’re a bad thing, but it is a challenge that our students are taking anywhere from six to eight years to graduate, and many of them are not even graduating with a bachelor’s degree.
You mentioned a gap between the Latino community and the rest of the population in Boston. Do you attribute it to the lower household incomes, or do you think there is systemic discrimination against the Latino community?
I think it’s both of those things. I think there’s racism in everything that we do and in every policy. I don’t think there are enough people who have a historical awareness and understanding, and it goes back to my point of underrepresentation. If you don’t have people from the community sitting at the table while decisions are being made around policies, then you are having unintended consequences for that population. I do think, yes, that part is generational poverty, but I mean, who does it benefit for Latinos and people of color not to be in positions of power? It just supports the white supremacy structure that we are living in.
Is Boston a racist city?
Yes, it is.
Have you faced discrimination in your life, both as an ordinary person and as a public figure?
Yes, I have, and I still face it today. Growing up, it happened when I moved to Boston. It was my first experience of facing racism, and it was just very ugly and troubling. Being bullied and picked on was not fun. I faced it all the time in many different ways. I’ve gone to meetings with foundations where people on the board asked me if I’m racist because I work at a Latino organization and stupid things like, ‘Do you know how to cook rice and beans?’ Well, I don’t know how to cook rice and beans. I’m from Argentina, and we don’t eat rice and beans.

It’s things like that all the time. It’s in my work, in certain circles where I might have an idea and put it forward and the room is silent. I bring up something about racism, and it’s silent. People don’t want to deal with that. In most of the circles that I’m in, I’m usually one of the only, if not the only Latina, Latino woman. They just ignore what I have to say, roll over it. Sometimes Latino women are not even included in the conversation. Maybe it was a month ago that I was in a store with my daughter and people thought we were trying to steal something; it was ridiculous. I’m a grown woman. It’s a constant. It’s very exhausting, and I know I’m not the only person that feels like that. People of color are exhausted, and Boston is a very hard place that does not want to admit that it is racist.
Does Sociedad Latina have any project or important event coming in the following months?
We’re focusing on hydroponics and just doing more work with families and teaching them how to grow their own vegetables at home with hydroponic systems. We are continuing our work on sexual health and educating young people about sexually transmitted diseases, healthy relationships and educating parents about the HPV vaccine. We are working on something called myCAB, which is my career advancement plan. [The plan is for middle and high schoolers and] to get young people to think about where they want to go in the future and what they need to do. We are pushing for more guidance counselors in the schools, more mental health counselors and less police. We’re working on pushing for restorative justice to be adopted by the Boston Public School. And then we’ll be having a ribbon-cutting again either in the spring or the fall to celebrate our building.