Jeneé Osterheldt to young journalists of color: “Just pour into yourself. You matter.” (Part 2)

"I want to see more abundance of equity and honest storytelling and the type of journalism that aligns with the community instead of just trying to run for analytics and run for clicks." 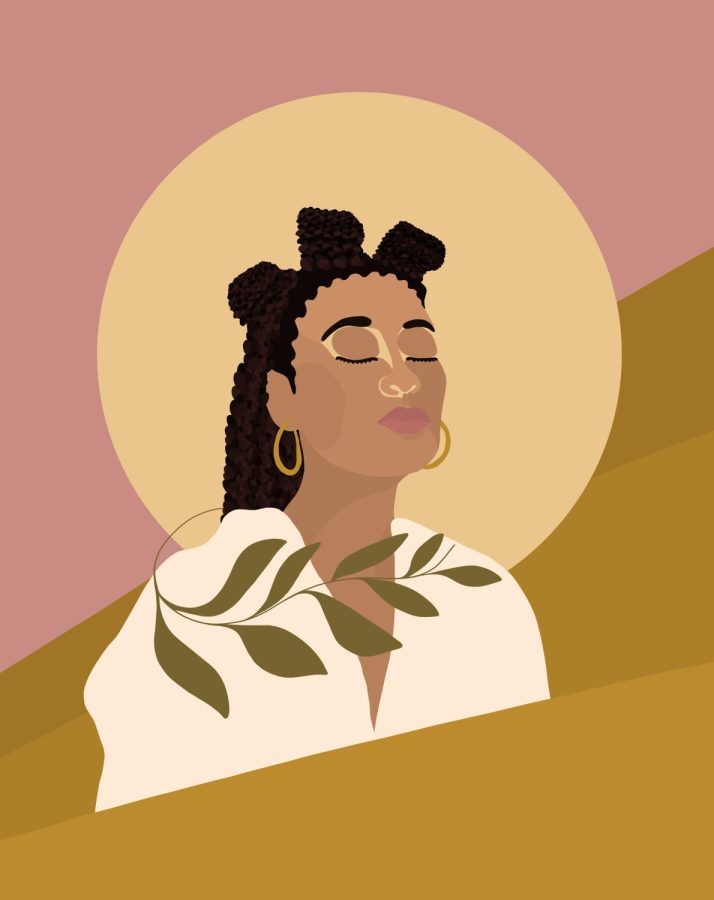 When The Boston Globe’s columnist Jeneé Osterheldt returned from George Floyd’s funeral in 2020, she was exhausted from witnessing time and again how marginalized communities have rallied around each other in suffering and pain. That was when Osterheldt decided that instead, she would tell stories of Black triumph, Black joy and celebration of everyday living.

For the last year, the project A Beautiful Resistance — the space Osterheldt has carved out to tell stories of Black lives and joy — now lives on The Globe’s digital website, in its print newspaper and on Instagram. Readers can enjoy these stories in many forms, through videos, long-form written stories, Q&As, Instagram posts and a playlist. Her team, now including three new videographers of color, has launched a second season of the project just last week.

The Scope spoke with Jeneé Osterheldt about creating A Beautiful Resistance, her careful intention in showing joy and making space for all communities of colors and her advice for young journalists of color.

But now, I’m in a place where I’m like, ‘I’m not asking you for more money. I’m asking for the same money in three opportunities’. They’ll all just do less work versus one person doing all the work. They’ll do less work. It will split it up. I learned to kind of create more space on top of space.

If I’m celebrating Pride Month, I make sure that we are also centering trans lives. When we talk about trans lives, let’s not [focus only on] death. Let’s celebrate the actual joys and dreams of trans folks. I’m not perfect. I’m gonna fall, but I’ve tried really hard to create diversity.

So, I am always looking at the layout and trying to figure out: What does this look like? Do we have enough diversity of thought? Do we have diversity of space? So, it’s just like always trying to think about it and look at things and challenge myself. How can we do this better? How can we learn from this?

I’ve also learned to let go a little bit because, in the first season, I was controlling every single thing because I cared so much. I was like, ‘This has to be right. We got to do right by our people. I got to get it right.’ This season, of course, I still have that thirst and fervor. I want to do right by people. I want to make sure that this is honest to the culture. But I also, with my videographers, have been like, ‘I trust you to be a little creative,’ versus me being like, ‘No, no, no, no, no, let me reel you in it. It’s going to go just like this.’

I think letting go and giving some trust to my videographers and understanding that I can be the showrunner and still share ideas and be inspired by one another has been super helpful. It’s made me a better leader. It’s made me a better storyteller. I think we’ve all grown with each other — which during the creative process when done right — that’s how it should be, you should all grow in the garden, right?

So it’s taught me that, and it’s just taught me to create more space on top of space … If I helped this person, now I’m like, can I help three people? Can we get over the line and more space? Like, how can we grow this? And I love it.

I want to see more abundance of equity and honest storytelling and the type of journalism that aligns with the community instead of just trying to run for analytics and run for clicks. Let’s get above the fold in print and let’s get the centerpiece on the website. Let’s think about access.

The reason why there’s so many pieces of content [in A Beautiful Resistance] is not just because [we want to] give people a lot of content. It’s because people receive news in different ways. So let’s give people all types of points of access and engagement. So let’s say I just want to keep growing, and most of all, I just want to keep doing the greatest good possible within my small capacity.
Advice to young journalists of color
I just wanted to tell you something that I tell every young journalist I meet, especially young journalists of color, but I actually say this to all of them. This industry is set up, I feel, to make you feel like whoever you are, you’re so lucky to have the job. Then if you’re a person of color, you’re super lucky to have the job. Then any identity you add on top of that, you’re super, super lucky to have the job. Part of it is like the visual violence of going into a newsroom and being the only one or one of three [people of color], which creates a level of, like, ‘Oh, I’m lucky to be here.’

But I would encourage you — and I don’t want you to ever stick your chest out and go full Kanye with it — but I do encourage you to take pride in yourself and know that you belong in every room you’re in and that you’re there because your ideas matter. And your voice matters. And there’s only one you. There are people who grew up like you. There are people who look like you, but there’s only one you who writes the way you write and thinks about things just a certain way.

I think you need to bring that to the pitch. Don’t be quiet during pitch meetings. Don’t be scared to say, ‘Actually, I have this idea, and I want to do it this way, and it matters because this happened in the news, and this correlates to this community this way.’ Don’t just have a flat [pitch] like, ‘This is what I want to do.’ Be able to say why, and be able to say how it matters and be confident that you matter. Because if you can’t define yourself for yourself, newsrooms will tell you who you are and how you matter on the food chain of the newsroom. And you’ll fall into a trap of doing things that you don’t like, that you don’t believe in. And you don’t deserve that.

One thing I so admire about all the journalists that have come behind my generation, because my generation we’re the Facebook generation. We’re old now. We’re the Napster kids. We were the ones who were stealing all the music [laugh]. But every generation has gotten, I think, stronger. I have this thing I say, ‘Every generation goes further than before because the generation before gave a little bit more.’

So it was my job to do this so that everyone that comes after me can go even further. When I meet with my mentees, I always tell them, ‘You have to believe in you first. Because if you don’t believe in you, if you don’t know who you are, you’ll start falling for the lies that this industry is historically known for telling you about who you are and where you belong. And then you’ll be stripped of your power.’

You can’t go in and do everything all at once. None of us can. You’ve got to learn the trade. You’ve got to find your voice. You’ve got to do all the things that journalists do. But even then, I always tell working reporters — it’s rare that everyone just gets to come out and do every story they want. There’s some stuff you’ll have to do because it’s part of the job — but always have five stories you want to get done a year. Be able to come in [to pitch meetings] and say, here’s my idea. Here’s why. Here’s what makes them relevant. Here’s how I would execute it. And they might look at you like ‘What the fuck?’ because some people looked at me like that. I’m lucky that my editor believed in me, but trust me, not everybody was like, ‘Yay.’ They were like, ‘yay,’ when that show was happening when it was getting hundreds of thousands of views, but not initially.

Even if it’s something small like this person wants to write an essay, and they’re not normally a person who is allowed to write essays. How can I get their essay public? How can I put this person’s name in a room because they want to be an editor? There are just all types of ways in which you can just hold space because it all has a trickle-down effect.

Just pour into yourself. You matter. I get hyped when I see you and journalists who look like you. It makes me happy because I’m like, ‘Fam, eventually, we’ll walk into the newsroom, and it’ll actually look like the communities the newsrooms are in.’ We’re getting there. We’ll get there. We ain’t there yet. We’ve got a long way to go. But I feel like we’re gonna get there. It’s possible.

Read part one of this interview here.