“Do you feel safe on campus?” “Are you confident in Northeastern’s ability to protect their students?” 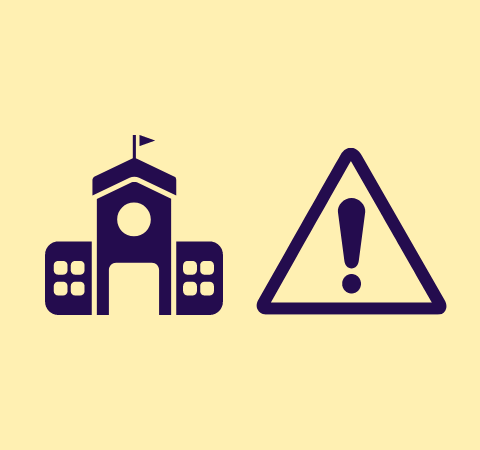 Last week, undergraduate students from Northeastern University’s School of Journalism spoke to approximately 50 of their peers on campus, discussing campus safety, sexual assault and Greek life culture. The term “Greek life culture” refers to the collection of fraternities and sororities and their respective reputations, activities and behaviors.

Since the beginning of the semester, the Boston Police Department has responded to numerous calls reporting public intoxication, underage drinking and excessive noise from parties attended by hundreds of students in Mission Hill, the Boston neighborhood home to many of Northeastern’s fraternity and sorority houses.

Some students said they did not have any connections with Greek life and considered themselves uninvolved. But, a few had strong opinions about the university’s response to incidents in the neighborhood.

“Stuff on the Hill is super scary,” said Matt Southard, a third-year student.

Madeleine Estabrook, the senior vice chancellor for student affairs, emailed all Northeastern students on Sept. 16 in response to activities at Mission Hill, including large groups of students blocking residential streets and traffic outside private properties, disorderly conduct and noise complaints. Estabrook cited the student code of conduct and said, “Northeastern believes its responsibility to be a good neighbor is paramount.”

When Lucas O’Reilly, a third-year student, was asked about these issues on Mission Hill, he raised concerns over the university’s ability to enforce disciplinary or punishment measures after an incident. He said, “I don’t think the school does a good job after the fact … There’s no good follow up.”

Sophia Teplitskiy, a first-year student, said, “I definitely think that while they’re handling it as best as they can and trying to leave us the freedoms that we should have as college students, they also have to keep in mind that they need to keep us safe.” Teplitskiy added, “My first week here, EMS showed up at a freshman dorm every single day, like, at least once.”

Some students criticized the university’s response to sexual assault allegations and expressed their desire for a more direct approach to handling the issue. Allison Gray, a second-year student, believes that the university should hold abusers accountable similarly to how they handled the case of the N.U.in students that violated the school’s COVID-19 protocols last fall. The university suspended the students involved and denied a refund on their tuition for the semester. “Take it more seriously and address it. Send a clear message,” Gray said.

Erin Williams, a third-year student, agrees. “The school should take more responsibility for some of the things happening,” Williams said. “Those are your students.”

Others interviewed shared their own stories of sexual abuse. “I also have been sexually assaulted by frat boys. I don’t think there are any consequences,” Maya Wolcott, a fifth-year student, said. “I don’t know of any girls that don’t have a story.”

While many students expressed concern over the way Greek Life culture perpetuates predatory behavior, not all students share the same negative experiences, and some support the university’s efforts to make the Boston campus a safe place to live, work and study.

“I do feel safe on campus,” Anjali Dhawan, a third-year student, said. “As a member of Greek life, I have heard about a lot of the stuff that is going on, but I have never actually felt unsafe while at a party.”

Maya Osman, a third-year student and sorority member, believes the resources Northeastern has support survivors of sexual assault. “I think Northeastern has a great support system. I’ve never personally gone to them, but I do know that they do a great job and that they care about their student’s well-being,” Osman said.

Quay Dragon, a second-year graduate student, also believes that Northeastern has many supportive resources for survivors of sexual assault. “I’ve been sexually assaulted by another Northeastern student before. I’ve actually gone through the process of talking to the legal team here about what we can do, and I think they have a ton of resources open to it,” said Dragon. “But I’d say socially, it’s extremely hard.”

While the university has addressed these issues with words, the actions it takes next are more important.

Nae Odarteifio, a fourth-year student, said, “With the email, I felt as though it was like ‘Ok, we have to say something about this, we’ll just say this.’ But do they care about it? Are they actually taking further actions to ensure that this doesn’t turn into a bigger issue? No.”

Media relations at Northeastern University was emailed on Oct. 18 and responded by sharing the NUPD’s 2021 safety report for the Boston campus, suggesting approximately 50 students is too small a sample size to represent a university community of over 20,000.