The two mayoral candidates did not back down as accusations flung across the stage. 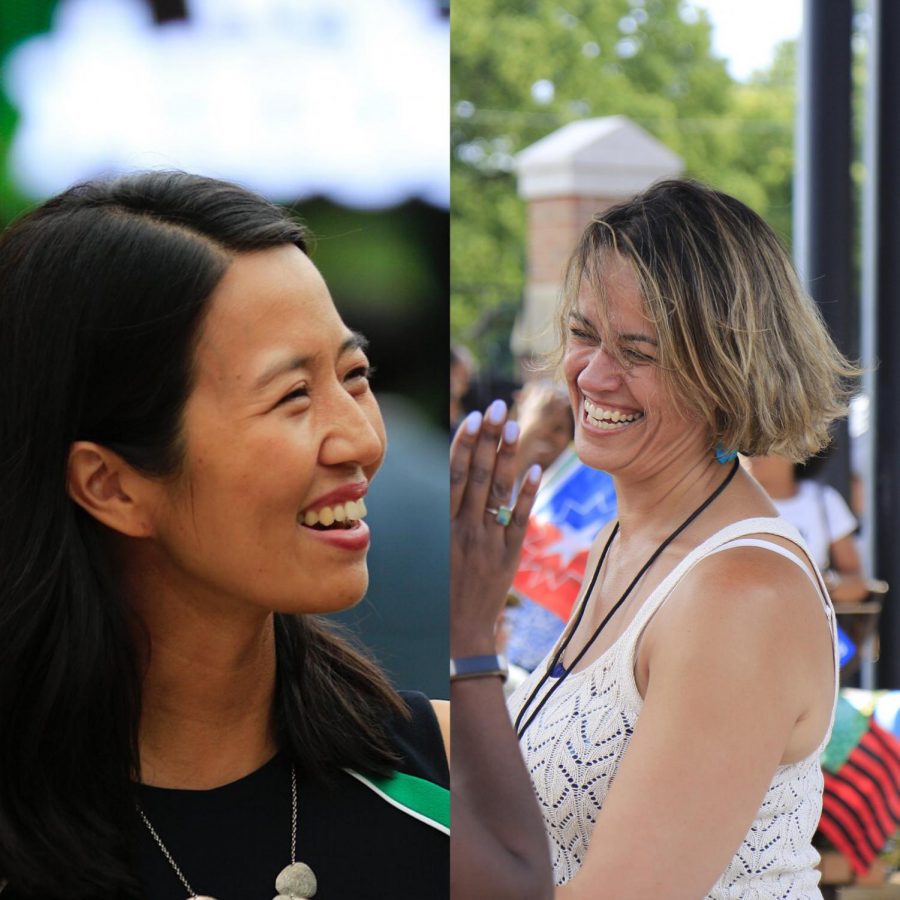 The spirited debate, which was both televised and live-streamed on NBC10 Boston, featured a broader range of questions than Wu and Essaibi George’s first public spar last Wednesday, giving both candidates a crucial chance to elaborate on their respective policy agendas and explain to voters how they plan to address the city’s needs ahead of the mayoral election in two weeks on Nov. 2.

Both candidates entered the hour-long debate following the release of a joint poll from Suffolk University, the Boston Globe and NBC10 earlier the same day that gave Wu a commanding 32-point lead over Essaibi George among surveyed Boston voters. The poll also showed that most voters supported rent control, which Wu plans to enact and Essaibi George opposes, as well as re-allocating police funding into mental health and other social programs, another item on Wu’s mayoral to-do list.

As for the candidates’ first outing last Wednesday, most voters believed that Wu won the debate, but a majority said that Essaibi George performed better than expected in her first opportunity to directly challenge Wu on the hot-button issues of the race—a chance she was eager to take again in Tuesday’s face-off.

Proceedings on the debate floor were tense from the beginning, as both candidates had the chance to ask questions directly to each other. Essaibi George wasted no time in pressing Wu on her stance towards Boston’s exam schools, accusing her of “inconsistent messages” when speaking about the controversial entry process for the Boston Latin Academy, Boston Latin School and the O’Bryant School, which both candidates claim creates educational inequality for the poor and members of minority groups.

Wu was quick to push back, deriding Essaibi George’s accusations of inconsistency as “simply not true” and stating that her goal was “full representation of Boston” in every school, including all three exam schools.

According to the Suffolk/Globe/NBC10 poll, schools and education are the top issues voters say will affect their decision on Nov. 2.

Next on that list—by a slim 0.2% margin—was housing, an issue that was a crucial point of contention in the first debate. Wu and Essaibi George crossed swords again on Tuesday with conflicting ideas on combatting Boston’s housing crisis. Essaibi George doubled down on her opposition to Wu’s rent control plan despite poll results indicating the public’s support for it.

As the broadcast displayed Suffolk University’s data showing that almost 60% of Boston voters supported rent stabilization, Essaibi George was asked why she opposed the measure. She reiterated her stance that rent control will not solve the crisis, saying that “it has been tried [and] it has failed” in the past.

Rent control, she said, would amplify the gentrification and displacement problems the city is trying to solve, and freezing rents at extremely high rates would force small landlords out of business and price renters out of Boston neighborhoods.

In response, Wu claimed that existing rent control laws include exemptions for small landlords and said she won’t accept that “this is something that Boston can’t do” by refusing to try bold measures, one of the signature rejoinders of her campaign. She focused specifically on communities of color in Boston that have been hit especially hard by the crisis and called for “protections for our families that are getting pushed out.”

The discourse surrounding Boston’s housing crisis has reached an even more strained tenor with Acting Mayor Kim Janey’s declaration of homelessness and opioid addiction, a public health crisis on the day of the debate in response to the untenable conditions faced by the homeless community at Mass. and Cass.

Wu and Essaibi George mostly agree in their proposed solutions to the crisis, emphasizing the need for alternative housing and detox treatment for people living in the tent encampment.

Public transit once again had its time in the spotlight as the candidates clashed over Wu’s proposal for a fare-free bus and subway system across Boston.

Citing successes with Boston’s free Route 28 bus pilot program as well as new fare-free systems in Lawrence and Brockton, Wu promised to expand the free bus pilot within her first year of taking office but didn’t give an exact date for when Bostonians can expect a fare-free MBTA under her administration, offering only that she would “fight to make sure it gets done.”

Essaibi George reiterated her opposition to Wu’s plan, pointing out that as mayor, Wu would not have direct control over the MBTA, a division of the Massachusetts Department of Transportation.

She said that the estimated $2.3 billion yearly cost of making the T free is “too great a price tag,” especially for a system that “continues to fail” and “injure people,” likely referring to several recent events, including an escalator malfunction at the Back Bay station and a Red Line train derailing in South Boston, that have shaken Bostonians’ faith in the safety of public transit.

With the amount of work that needs to be done to make MBTA vehicles and stations safe, Essaibi George said, a fare-free T would “not help us do that work.”

With the final leg of the mayoral race within sight, Wu and Essaibi George are preparing for their third and final public debate, which will air on WCVB Channel 5 and WBUR on Oct. 25. The event will also be live-streamed on WCVB and WBUR’s websites,  UMB.edu, Bostonglobe.com and Boston.com. Early voting for the Nov. 2 municipal election will begin Saturday, Oct. 23, and end one week later on Oct. 29.