Legislators on Beacon Hill are getting raises, but what about their staffers? 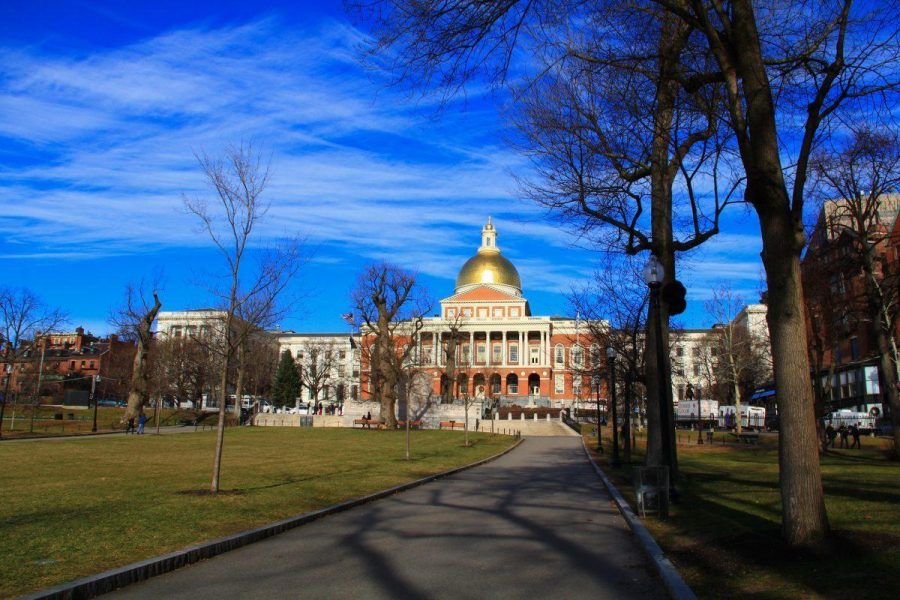 For almost two years, I worked as a legislative aide for a Massachusetts state representative. I was her only staffer, which means that I handled constituent cases, managed the calendar and phone, filed amendments, drafted talking points and attended briefings and meetings in the district on my boss’ behalf. This required way more than 40 hours a week. I got paid $42,000.

Representatives and senators in Massachusetts just received a bump in their salaries due to a law passed in 2017. That this raise is taking effect during a pandemic in which many have lost their jobs is controversial enough. What strikes me as problematic, though, is that these raises are not applied at the staff level.

More than half of full-time House staffers and a quarter of Senate staffers earn less than $45,000 a year, while only 4% to 5% of staffers earn $100,000 a year, according to a 2019 report by the nonprofit organization MassINC. Leaders of both the House and Senate have new annual salaries of up to $150,000, The Boston Globe reported. Additionally, legislators received a 4.89% increase in stipends for travel and office expenses for each legislator and are eligible for a 6.46% base salary raise for the new legislative session, according to NBC 10. Their base salary is now just over $70,500, with many receiving leadership pay on top of that.

Aides do the bulk of the work in a political office. Their salaries do not reflect their hard work, and it’s about time they do.

“It creates an unlevel playing field,” said Ben Forman, research director at MassINC, about the unbalanced salary distributions. Staffers “don’t need to be paid $100,000, but they need to be able to live in Massachusetts,” he said, referencing rising MBTA fares and the fact that Boston is an expensive city to live in.

The walls of the Massachusetts State House in Boston are filled with paintings and portraits of past governors and leaders. It’s a beautiful building, with a grand staircase in the middle connecting the halls together. It can be pretty surreal to enter a building with so much history.

Not everyone might feel this way. Most staffers at the State House are white, and Massachusetts has elected mostly white men as governor. So, walking these halls and climbing these stairs when you don’t see yourself represented in these portraits is intimidating.

How, then, can all of the Commonwealth’s residents, not just the white and rich, be represented when there are barriers to diversity and equal representation inside the State House? By making political jobs more accessible to people of color and low-income people. And raising salaries does this.

Mark Martínez is the policy and budget adviser for Sen. Patricia Jehlen and the only Black man in the entire Senate working solely on policy. “It’s an isolating feeling,” he said. “Nobody comes from the same place as me. In terms of mentorship, I don’t have anyone to go to.”

It’s difficult to quantify the work of staffers in salaries because there are different types of staffers with bosses with completely different responsibilities and expectations. Senators have bigger districts than representatives do, so they have an average of four to five staffers. It is important to note, though, that one district looks completely different from another and has unique needs. Some demand more from their legislators. This means that for staffers, the work becomes more intense depending on which district their bosses represent.

Rep. Nika Elugardo, who represents Jamaica Plain, Mission Hill and parts of Brookline and Roslindale, agrees. Not raising the salaries of aides has not only a “negative disproportionate impact on the staffers, it’s also a negative disproportionate impact on the district,” she said. “Districts with a lower socioeconomic status require more attention than others, and when these districts are understaffed or when staffers lack the proper tools to address their needs, everyone loses.”

As a single staffer in an office with innumerable constituent cases, I understood the burden of staffers whose bosses represent these  districts.

Salary raises for staffers not only address the work/life balance, or lack thereof, in the State House culture. This is also a matter of consistency. I stayed in my position for almost two years and know of others who are not there anymore. At the start of a new session, the State House gets an influx of new staffers. A high turnover in the building does not help long-term efforts to change policy. Raising the salary for staffers addresses this systematic issue.

So, who determines salaries in the building, and how?

The House and Senate both have different processes. In 2018, the Equal Pay Act went into effect, allowing for a salary system partly based on merit. But Senate leadership has not been very transparent about how this looks for staffers of different levels, according to New England Public Media. Prior to this law, each senator received an amount of money to hire as many staffers as they wanted, so some senators had more staffers than others. The problem here was that there was no floor for staff salaries, so some staffers were paid as little as $30,000 for a full-time position at the State House. With the Equal Pay Act, a minimum of $43,000 as an annual salary was established.

MassINC’s Forman recognizes some progress has been made, but said that the law is “just scratching the surface. It enhances the power of leadership and has no transparency around it, so there is no way to know who has extra staff and how those are appointed.”

The House side is a completely different ballgame, with most representatives getting enough money to hire only one staffer. Only those in leadership positions can hire more staffers. What senators and representatives have in common in terms of staffers’ salaries is this: all of them have to ask leadership for a pay raise.

Let this sink in: advocating for staffers’ salaries is about political favors.

“Women of color who represent districts with lots of poverty and lots of people of color end up having a disproportionate impact, said Rep. Elugardo.

More diversity is crucial also in positions that work heavily with policy. “You need a diverse set of lived experiences if you are actually serious about having more equitable policies,” said Martínez. This is why staffing is so critically important. “You should want different people on your team informing what you’re doing.”

This is why Martínez co-founded BeaconBloc, a group of Black and other staffers of color at the State House that looks at ways to better recruit, retain and support staffers of color. Turnover is so high, he explained, that this creates a hostile environment. So, BeaconBloc’s goal is to change this culture and support legislation that increases diversity at the staff level. But the low salaries that staff members are paid create an obstacle to those efforts.

Politics is an intense business. With time, I started to make small mistakes here and there that, unfortunately for me, my boss noticed. Then, I began to overthink everything, which caused me to stall when I should have been sending emails and filing bill amendments. Some colleagues and friends commented that I looked tired. I was, because I was not sleeping. I ultimately decided to leave that position, not because I stopped believing in the important work done at the State House, but because I was burned out. I was not giving my all to my work because I had no energy left to give.

Salary increases would not solve all the problems created by systemic inequality at the State House. But they certainly would alleviate many of the burdens that staffers face. As much as I loved my time as an aide, my mental health and personal life suffered because I was not given the proper support. It’s time for that to change.

Correction: A previous version of this story stated that Massachusetts has only elected white men as governor. This is not true as former Governor Deval Patrick is Black. The story has been updated to reflect this.