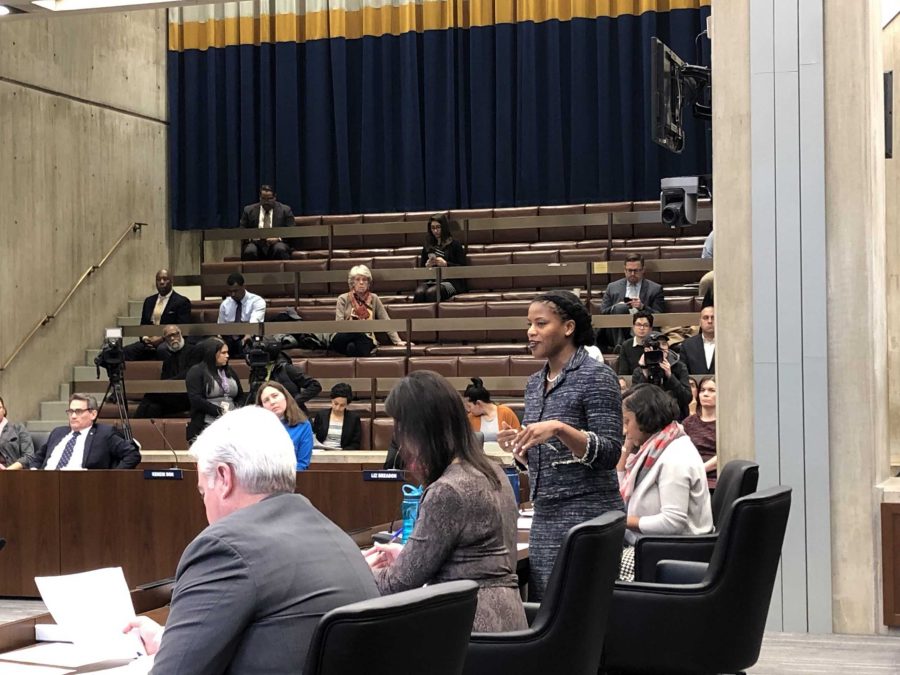 City councilors discussed the implementation of Boston’s recently issued green bonds and social bonds. Councilor Michelle Wu, chair of the committee on post audit, presided over the meeting alongside cosponsor Councilor Kenzie Bok. Representatives from the city and experts on climate resiliency measures were also present at the meeting.

The first round of green and social bonds issued in December, Wu said, need to be discussed to continue deepening the city’s commitment to affordable housing and climate resiliency. The city’s bond rating, debt limit, and housing stability were among the issues she considered most important to discuss further.

David Levy, professor and Director of the Center for Sustainable Enterprise and Regional Competitiveness at the University of Massachusetts Boston said that the financial burden of climate change is such that the city saves by investing in green infrastructure before dramatic natural disasters, which are increasing in frequency.

Levy’s report, the Financing Climate Resilience Report, stated that weather-related disasters caused over $300 billion in damage nationally in 2017 and that rising sea level correlates to a higher annualized cost to the city of Boston. As these disasters continue to affect infrastructure, largely in low-income and marginalized communities, bond rating agencies are beginning to take notice of climate risks as they impact investors.

“People aren’t going to be investing here if they’re worried about their supply chains and their transportation being disrupted,” said Levy. “We can’t afford to do nothing here.”

Emme Handy, chief financial officer for the city of Boston, said that while money raised from Green and Social Bonds are limited in that they can only be used on city-owned property, the city has partnered with agencies like the Boston Housing Authority to utilize more city land.

When asked to define what standard has been set for bonds that count as green, City Treasurer Drew Smith said that they generally use bond funds for buildings that meet the silver category set by Leadership in Energy and Environmental Design, or LEED. LEED is a green building rating program to encourage sustainable design. Many Boston buildings surpass this qualification, according to city officials. Boston Public Schools has been designing new buildings to meet the LEED gold standard in order to meet the city’s climate resiliency goals.

Other councilors said they saw green and social bonds as an avenue for positive improvements to their own communities. Councilor Ed Flynn mentioned that residents in Chinatown, a part of his district, experience asthma at higher rates than residents of any other areas in Massachusetts. Improving green infrastructure would benefit this community and the mitigate consequences of climate change that harm communities of color.

“Through these green bonds, we have an opportunity to address some of the systemic health problems and climate changes that predominantly communities of color are impacted by,” added Councilor Julia Mejia.

Boston City Council will continue to discuss green and social bonds, and how to implement these finances to expand green infrastructure and affordable housing in the city.