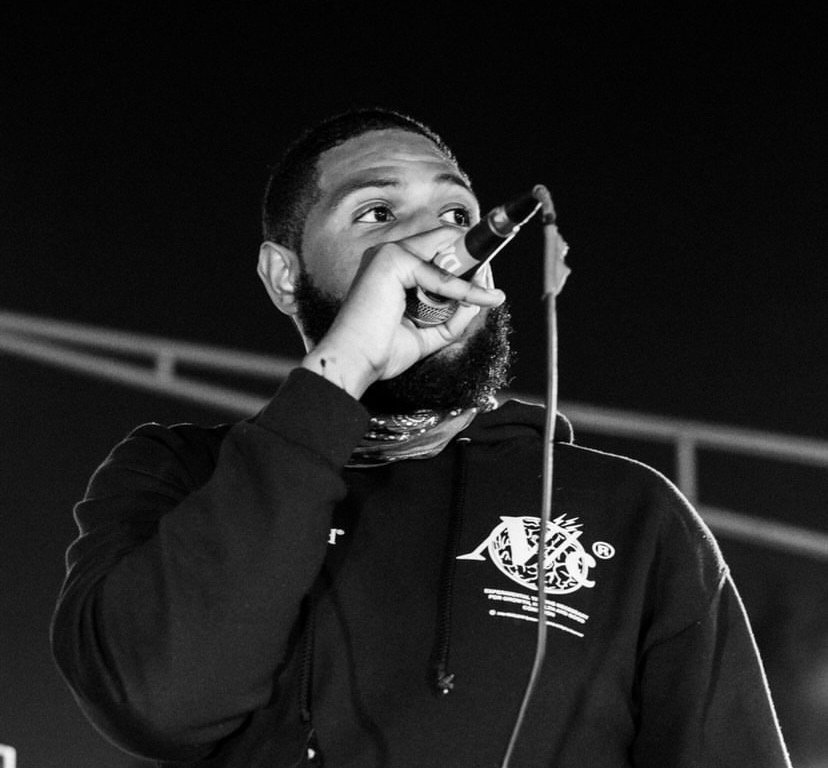 For Lance Jackson, one of the crucial challenges of the Black Lives Matter movement is figuring out how to move from protesting in the streets to broader changes throughout society.

Jackson is the co-founder of Power to the People, now known as SAVE, or the Society of Afrikan Values and Ethics, a Boston-based nonprofit organization that focuses on educating people about racism, while also supporting local social justice agendas. The group holds open meetings every Sunday at the Dorchester Art Project to talk about race-related issues, like discrimination in the healthcare industry and the roots of the N-word.

The goal of these discussions, according to Jackson, is to teach people to recognize how their own behavior plays a role in oppression, and the insidious and everyday ways that racism shapes our lives.

As a self-proclaimed band kid and nerd, Jackson was born and raised in Hyde Park in a busy home with many different family members around, including his grandmother and mother, who worked hard to keep him distracted from some of the darker realities that were happening in the streets outside their doors. The family eventually moved to Randolph, “this suburban place where, you know, all of our parents worked very hard to try to escape to,” said Jackson.

This is where he began refining his musical taste, while also playing clarinet in middle and high school. Recently Jackson released a new rap album, “There’s a War Going On,” and he’s continuing to make a name for himself as a local artist, while also running SAVE.

Jackson spoke to the Scope about his life and work. The following conversation has been edited for length and clarity.
In terms of your background and how you grew up, what first drew you to activism?
I didn’t really start to get into community work until I’d say last year after the George Floyd, Breonna Taylor thing. That was a new development for me. These social issues were always things that I talked about and thought about, but that was like the straw that broke the camel’s back. So that kind of made me want to do more than just speak about it in my music, but really try to make a change through organizing.
How did the idea behind SAVE [Power to the People] come about?
There was a white supremacist rally that was happening in the commons. I knew that there was an anti-action going on to combat that and I just knew I wanted to go. This was the first time I was ever pepper sprayed, this is the first time I was watching people getting arrested. They’re shooting canisters at people that didn’t have anything but T-shirts and hoodies, and they had batons and pepper spray and weapons to use against us. That was the first action I went to and that was the first time that my eyes were opened to how hard the system was really willing to work in order to keep the status quo.
What is SAVE as an organization about?
I want to create something where it’s consistent, where we’re not just outside protesting, but we’re educated. Like we’re educating on exactly what’s going on, the dynamics of the plight of Black people and marginalized people. The science behind it, the science of society. Why things are the way they are and how we can change it for the better. So that’s really how Power to the People came to be. It’s more so, like a consciousness-raising type of a thing. Where we want people to sharpen their knowledge of our plight, so that way, they can start to change their habits a little bit. I think, as habitual creatures, we start to become agents of our own oppression when we’ve been raised by the very same system that castrates us. So we try to be the antithesis of that when we do our meetings.
Can you expand on the idea of being agents of our own oppression?
I believe before you can ask anybody to treat you any better, we have to focus on treating ourselves a whole lot better. You know, like for Black people, particularly like if you go into a hood, you’ll see a McDonald’s on every corner because mainly it’s a food desert. You’re not seeing a lot of health options out there and that’s on purpose. But there’s a lot of ways to navigate certain situations like that. It’s about treating yourself with the type of respect that you want other people to treat you with.
What types of topics do you discuss during SAVE meetings to understand these issues?
So teaching about where the start of certain things came from, for example, like the origin of the N-word or the origin of good hair, bad hair. We start to break down these things and have an understanding that these were really just social constructs put in place and that we started to buy into these narratives at the price of our own separation.

And so that’s really what it comes down to is just starting to understand the social constructs. And once you see them you can’t unsee them. And if you can see them, then you can start to maneuver around and start to kind of make better decisions. At the end of the day, we’re just a product of our decisions, we’re products of our habits. If we start to understand this way of thinking, then we can start to incorporate better habits, incorporate more revolutionary habits. I think that’s the first step towards us gaining power for ourselves. First we have to gain power over ourselves.