As the future of local news remains uncertain, Boston area papers are adapting

“Basically, I think our core function, which is to center the experiences of Blacks, Latinos and Asians and sort of look at news from their perspective of how it affects those communities, remains the same,” said Yawu Miller, senior editor of The Bay State Banner. 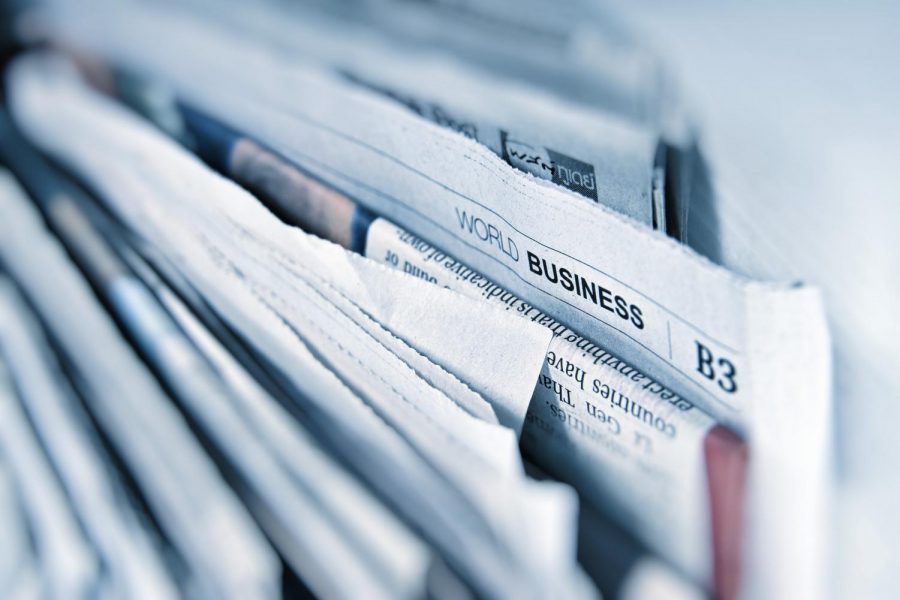 Photo by AbsolutVision on Unsplash

As the future of local news remains uncertain, Boston area papers are changing to adapt.

Local newsrooms around the United States have been disappearing at a rapid pace in the past two decades, pressuring newsrooms all over to drastically change how they do business.

Media experts and managing editors of Boston area local newspapers met Feb. 11 in a town hall to discuss the impact that the decline of local newsrooms have had on both journalists and the community, and what the future for them looks like. The event was held on Zoom by Northeastern University’s School of Journalism.

“These [local] papers are sometimes called ghost newspapers, there’s virtually no one there to do any journalism” said Northeastern journalism professor and panel moderator Dan Kennedy. “These papers provide what the media scholar Alex Jones calls the iron core of journalism that holds government and other institutions to account.”

A study by the Hussman School of Journalism and Media at the University of North Carolina at Chapel Hill found that the U.S. has lost a quarter of all the newspapers that existed 15 years ago, and left behind about 1,800 communities that had a local news outlet in 2004 without any at the beginning of 2020.

The shutting down of local newsrooms means an absence of local news coverage. The phenomenon, also known as news deserts, emerged in the 2000s, to describe the communities that were no longer covered by a daily or local newspaper.

The decline can be attributed partially to the corporate chain ownership. Hundreds of newsrooms across the country are currently owned by corporations and hedge funds, who are slashing newsrooms’ budgets, making it impossible for them to meet the news and information needs of their communities.

With the lack of local coverage, communities begin to rely on other sources of news, some not as accurate as newspapers.

“The vacuum left behind is often filled with conspiracies and actual fake news, which easily spreads unchecked,” said state representative Lori Ehrlich, one of the guests on the panel. Ehrlich, in 2019, sponsored a state commission to study the challenges that local journalism is facing and how that impacts underserved communities in Massachusetts.

The presence and harmful effects of fake news, Ehrlich said, was especially evident during the initial months of the COVID-19 outbreak, where inaccurate and unverified information about the virus spread rapidly among communities.

The advent of digital journalism and advertising has also arguably been one of the biggest blows to the paper journalism industry. As technology and social media became an integral part of people’s lives, print subscriptions, which bring in most of the revenue for local newsrooms, declined.

Subsequently, advertisements usually placed on newspapers were taken away by Craigslist, Google, Facebook and other internet advertisers. The Pew Research Center on Journalism and Media found that advertising revenues in newspapers declined a dramatic 62%, from $37.8 billion in 2008 to $14.3 billion in 2018.

The rise of the Internet also enabled people to access information without having to rely on their local newspapers, which meant that the old business model of news gathering and reporting with journalistic integrity no longer worked, said Ehrlich.

“While the internet allows everybody to really just visit opinion silos, which is what we want to hear,” she said. “Often it’s hard for even the most avid news reader to really discern what is true and what the truth is.”

However, despite the bleak outlook of the state of journalism, there is a chance for journalism to flourish again in local communities given the right circumstances and a new shift in perspective. Local newsrooms can, in fact, thrive while being free from corporate chain ownership. The Dorchester Reporter, which has been operating since 1983, is a family-owned newsroom that runs on around eight people.

“We actually have seen some growth, believe it or not, in just the last year,” Managing Editor Bill Forry said. “I think a lot of people rediscovered the value of hyper local prints, not just digital but print, in time of lockdown.”

In a survey conducted in April, 2020 by Pew Research Center, 61% of participants said that they were paying attention equally to both national and local news, and 23% said they were paying more attention to local news. Although the circumstances under COVID-19 are quite different from that seen in a normal year, this shows a community reliance on local newsrooms.

“I think the success and reason we are still alive and still publishing and still generating, and not laying [off] people during this period of pandemic is because we are so rooted as an institution in Dorchester,” Forry said.

Community-serving journalism is vital to both the local community as well as preserving and elevating the culture built in the neighborhoods. The Bay State Banner, which was founded in 1965, has served the Black community in Boston over the last 60 years.

“Basically, I think our core function, which is to center the experiences of Blacks, Latinos and Asians and sort of look at news from their perspective of how it affects those communities, remains the same,” said Yawu Miller, senior editor of The Bay State Banner.

Another local operated newsroom, The Bedford citizen, which originally began as a non-profit, is also a show of success for local newsrooms.

“I believe that if you can identify a group of people in a community, who are committed to the community, it seems crucial to get them vested in the magic of doing what we’ve done,” said Julie McCay Turner, co-founder and managing editor of The Bedford Citizen. “What seems less important to me is elevated journalistic credentials. Simply telling a balanced story, compelling without being emotional is important, and maybe easier than it sounds, if enough people can be convinced to just do it.”