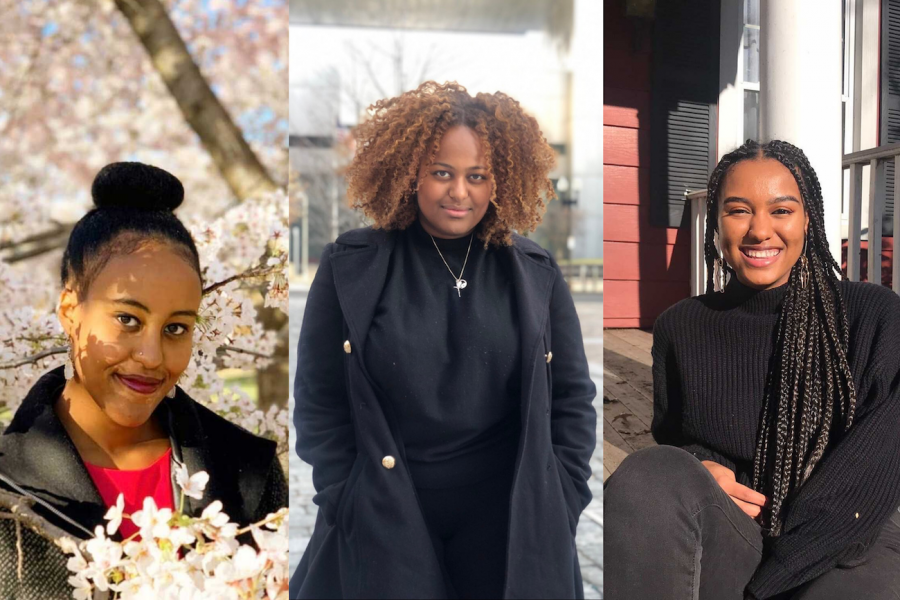 Racial disparities and discrimination in the healthcare system are not often talked about, but for Black women, the reality is hard to ignore.

“It’s often assumed if you’re a doctor, you’re going to be healing people and you’re like the good person of society,” said Eskedar Girmash, a recent Bowdoin College graduate of Africana studies on the pre-med track. “But it’s often that doctors are killing Black women at three to four times the rate as white women.”

Data from the U.S. Department of Health and Services shows that, in the United States, Black people and other racial groups experience more illness, more severe health outcomes and more premature deaths compared to white people.

Girmash deliberated on the lack of discussion around how racism manifests itself in the health system while working on her senior thesis, which focused on Black maternal health issues. Even when the issue is discussed, she said, “it’s not with a critical lens of wanting to actually dismantle these systems.” Additionally, most pre-health students are hardly exposed to these issues in their curriculum.

Recognizing the gap in knowledge, Girmash knew she had to do something to educate people on racial literacy in relation to healthcare and to let them know that this is a life or death issue. She reached out to fellow health equity and race-conscious advocates Athená Davis and Eve Abraha on Twitter to collaborate, and the Do No Harm: how racism kills project was born.

Do No Harm: how racism kills features an extensive collection of educational resources spanning a number of intersecting race and healthcare  topics, including the medicalization of Blackness, cultural racism in hospital settings and maternal mortality.

According to their website, they “aim to highlight how a healthcare system founded upon white supremacist ideals has allowed for providers and policy makers to weaponize healthcare and scientific research against Black communities.” They also release a bi-weekly podcast series called Do No Harm that aligns with the listed topics.

The resources provided, they said, are not an exhaustive list but are meant to inspire readers, especially aspiring healthcare providers, to dive deeper into researching the issues themselves.

“It’s so important for people to be racially literate because if they’re not racially literate, they have this biased mindset going into their field, right?” said Abraha, a biology major at Tufts University with an education minor on the pre-med track. “So they’re more likely to have used anti-Black rhetoric or to make diagnoses that are skewed. For example, we were talking about the other day where a lot of doctors think that certain diseases are linked to literal race, like, ‘Oh, Black people are more likely to get all these diseases because they’re Black rather than their environmental areas.’”

People often don’t think about these issues because they believe the issue is explicit racism, said Davis, a recent Vassar College graduate with a BA in Africana Studies and Biology. But problems within the medical system go beyond whether doctors themselves are racist.

For example, medical algorithms take medical and demographic information into consideration to assess whether a patient is a good candidate for a treatment. When algorithms are adjusted for race, as they are for kidney transplants, it often determines that Black patients do not qualify.

“And so, most Black people who have kidney disease then don’t get transplants, which has absolutely nothing to do with whether or not your doctor is racist,” Davis said.

Together, Girmash, Davis and Abraha hope to evoke widespread impact with their platform, and so far, they have amassed an audience from five countries– the U.K., Canada, South Africa and Jamaica. They also want to reach listeners who aren’t necessarily affected by healthcare’s systemic injustices.

“I want white people, able-bodied people, people who have never had to think about their health or have never had to be afraid to go to the doctor to care and be like, ‘Wow, this is messed up that so many people are like being impacted by this,’” Davis said.

The founders also believe, as a foundation of their work, that “Black liberation cannot come without Indigenous sovereignty,” Davis said. “You cannot enact equity and justice in a settler colonial state without returning the rights to the people who were here, who have been here, who are still here.”

The Do No Harm podcast is now on its third episode and hasn’t yet featured any guest speakers, but they’re open to including more voices, especially those who are often overshadowed.

“I think the most credible source and the voice I always want to hear from are community members who are directly impacted,” Abraha said.