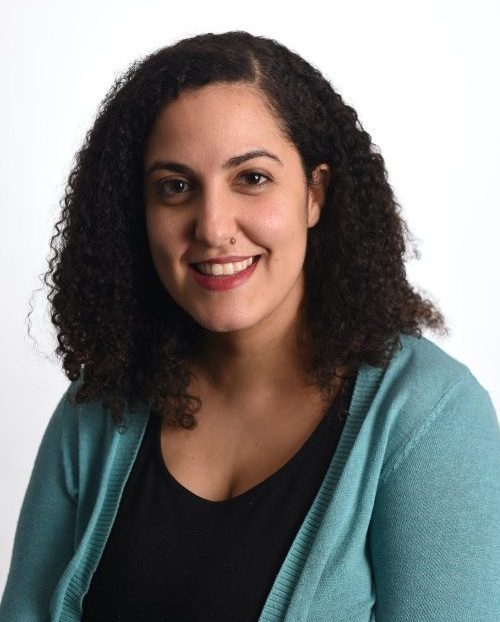 Two and a half years ago, Fatema Ahmad left her well-paying job as a biomedical engineer in Wisconsin and in January she became the executive director of Boston’s Muslim Justice League, a nonprofit working to prevent human rights violations under the pretense of national security.

“I decided to leave [biomedical engineering] behind and try to find work that felt more fulfilling and more aligned with my values,” Ahmad said.

Since joining the Muslim Justice League, Ahmad, a Boston Neighborhood Fellow, has led the fight to end countering violent extremism (CVE) and policing programs that target marginalized groups in Boston.

The Muslim Justice League was established five years ago, after Boston became a pilot city for a federal initiative designed to counter violent extremism. This was an attempt by the U.S. government to tackle radicalization and extremist violence by implementing programs like the Youth and Police Initiative Plus Program, which aimed to foster community resilience amongst Somalian immigrants in Boston.

Ahmad spoke to the Scope about her job transition, the Muslim Justice League’s local organizing work and why the public should be paying attention to countering violent extremism intiatives.
Q: What was the transition from biomedical engineer to community activist like?
A: It was an interesting transition, because when I quit my job, I wasn’t sure what I wanted to do yet. I knew that I wanted something more values aligned. When I was in high school I had so many other interests but had been funneled into engineering because I was always good at math and science. I thought, ‘What if I take some time to explore those other parts of myself that I had to ignore?’

Most people don’t expect someone to go straight from engineering to this kind of social justice work. I didn’t go back to school or anything like that because I thought, ‘You know, I can figure this out on my own.’ And I did.

I think being an engineer is actually really helpful for what I do now. Because I understand systems really well, that’s how I am able to conceptualize oppression and a lot of the issues that we work on.
Q: Describe the Muslim Justice League to someone who knows nothing about your organization.
A: Muslim Justice League is an organization that does community organizing and advocacy work to fight for human rights that are threatened under national security pretexts. Muslims are a frontline community who are deemed a national security threat and are policed or surveilled, but they are also not the only community that that happens to. MJL is not just about justice for and only Muslims; it’s actually about justice by Muslims, for everyone.
Q: As the Executive Director of the Muslim Justice League, what responsibilities come with your new role?
A: I think it’s interesting because when you’re at a small organization being an executive director or an organizer … you are doing everything. We don’t have a person who just does fundraising for us. All of us do our own fundraising. We don’t have administrative staff, so I do the administrative work. Becoming the executive director, so far, has been taking on more of the administrative stuff that I wasn’t doing before. But it’s not a huge transition. [When I was] deputy director, the executive director and I were doing so much of the political strategy and all of that together.
Q: Your organizing work focuses on ending CVE. What does that mean and why should people pay attention to this?
A: It’s based on the fact that we are all swimming in Islamophobia, including Muslims. We internalize it. We’re told all the time that to be a good American, you have to report on other Muslims. We internalize that and think that we have to do that. That’s essentially what [countering violent extremism] is. It’s convincing community members that they need to look out for these signs and that somehow that’s going to prevent violence. [CVE is] not a real solution to actually preventing violence. All it is a way to institutionalize Islamophobia further.
Q: Do you or your organization ever get pushback for the work that you do?
A:  We try to make sure it’s clear that we’re not antagonizing these folks. We get it. We understand that funding is really hard. So, there’s some friction there and then, of course, just being a Muslim organization and being one that is outspoken, we talk about topics that people don’t want to hear about. You know, surveillance is not a sexy topic.
Q: Could you explain the difficulties of navigating through the Muslim ban as it progresses?
A: When it comes to the Muslim ban, it’s sort of this big expansion of the type of immigration barriers that we’ve seen happen to Muslims for quite some time now. After 9/11, there had already been a registry where essentially folks from Muslim-majority countries would have to go and register. So, it was really frustrating to see that people didn’t understand this long history and so much of what’s already been happening. The Muslim ban, it didn’t come out of anywhere. It’s really built off of us every day accepting and normalizing the idea that’s it’s OK to surveil, profile and harass Muslims because of national security.

A: I think the thing that I would want to drive home is that I think it’s really easy for people to say that they love Muslims,that they want Muslims to live in the U.S. and that they are against the Muslim ban.It’s harder and deeper work to take the time to really undo your understanding of why we are where we are today. The idea of national security is something that when it gets thrown out, it’s just so easy for everyone to accept it, and that is part of why we are where we are today. But, it doesn’t just impact Muslims. Every time we use national security to justify an anti-Muslim policy, it then gets expanded to everyone else. That’s what happens.