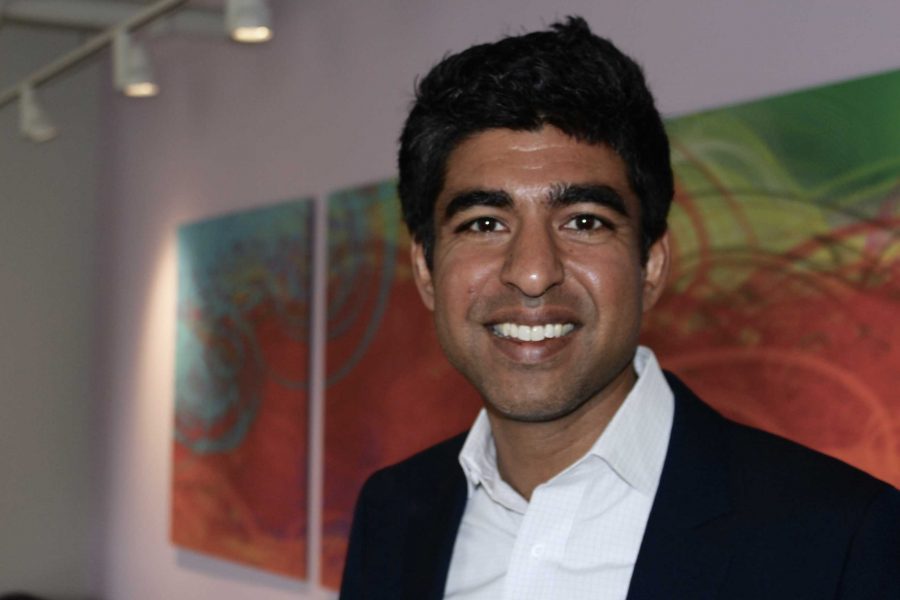 Dr. Neel Shah is something of an overachiever. At 37, his work as both a obstetrician and an advocate for health care reform has received national acclaim. In 2017, Shah and Ginger Breedlove, the former president of the American College of Nurse Midwives, founded March for Moms, a Boston-based organization that aims to increase women’s access to health care and improve maternal health.

In 2014, he was listed as one of the 40 smartest people in health care, alongside the founder of the Kaiser Family Foundation and former president Barack Obama. He now works both as an obstetrician at Beth Israel Deaconess Medical Center and an assistant professor of obstetrics at Harvard Medical School.

Shah sat down with the Scope recently, to discuss his career in medicine, his organization’s mission and the rise of maternal mortality in the U.S. The following transcript has been edited for length and clarity.


Q: Why did you decide to go into obstetrics?

A: The way medical school works, you rotate through every major specialty. I picked OB as the first thing I was going to do so I could get it over with because it was the only thing that I was pretty sure that I wasn’t going to do. But it turns out that delivering babies is great! I went through all the other fields, and I actually liked everything, but in obstetrics, it felt like I wasn’t giving anything up. You get to do primary care, you get to do surgery, you get to deliver babies. Plus, I think most people tend to go into the field of medicine where they find people that they really gravitate towards in terms of their colleagues. You can’t really do women’s health without caring about social justice, and I really liked that about all of my colleagues.

Q: What are some contributing factors to maternal mortality in the U.S.?

A: The fact that an American today is about 50% more likely to die in childbirth than her own mother is pretty startling. But it’s even more startling when you look at it along racial lines. Black women in our country are about three to four times more likely to die than white women. A lot of what we’re seeing in terms of mortality is driven by structural racism. When black women show up for care, they’re treated differently. They tend to be believed less when they express symptoms, particularly around pain, and that’s been the common thread in a lot of the media stories that have come out, including Serena Williams’ story. It’s not necessarily the case that women are less healthy, but the systems that are meant to support us have become weaker. Childbirth has not only become more dangerous, it’s also become more isolating and more economically disempowering.

Q: What led you to start March for Moms?

A: Before I was an obstetrician, I worked in public policy and politics, and I noticed that for almost every other health care issue, there was a ready constituency. For breast cancer, if there’s a meeting on Capitol Hill, there’s a way of reaching out to people and getting thousands of pink ribbons to show up. But for moms, that wasn’t really the case. We were doing all of this work to try to make things better but at the end of the day, moms weren’t really visible to policymakers. Moms are very good at advocating for pretty much every progressive cause except for their own wellbeing. We saw a need to create a space so that the experiences of moms and their families could be more readily seen.

Q: What are some of the organization’s goals?

A: We’re trying to make sure that people can grow their families with dignity. And what that means is that they get health care services that are comprehensive and safe, but also that in the communities where they live, they find adequate support.

Q: Is there any legislation that March for Moms has successfully pushed through?

A: We were part of the coalition that led to a federal maternal mortality bill in 2018 that President Trump signed into law. It was one of the last things that he did before the government shut down last December. We’re really proud of that. [The law, known as the Preventing Maternal Deaths Act, set aside $60 million for states to use over five years to improve their methods of tracking and investigating pregnancy-related deaths.]

Q: Is there any legislation that you’re hoping to pass this year?

Q: What is something that everyone should know about maternal health?

A: People have goals when they’re starting their family other than emerging from the process unscathed, and in our sharp focus on maternal mortality, we sometimes forget that survival is the floor of what people deserve. If we’re trying to build a better system, we should be aiming for the ceiling: care that’s not just safe, but also supportive and empowering.