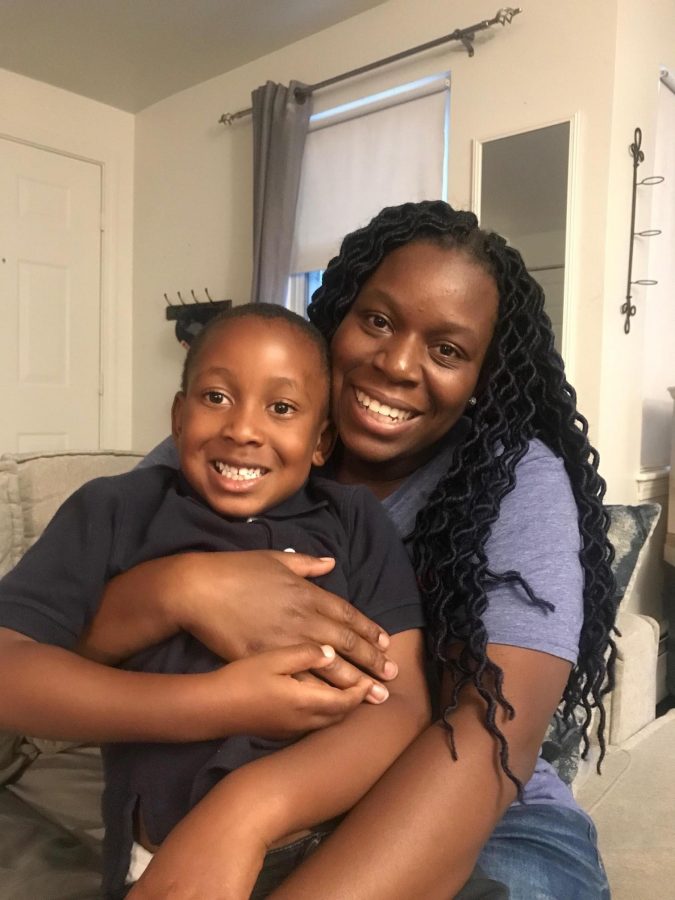 Mission Hill resident Roni Partin with her son, who is 6-years-old. Photo by Lex Weaver.

Roni Partin, 28, said she use to head to a dirt parking lot near Ward Street, which would serve as a space of leisure and activity for the neighborhood kids.

“Once it rained or snowed it would get really icy on the dirt parking lot, so we used to go out there skating with [our] boots,” she reflected, and said she was close to the other neighboorhood children growing up.

The dirt parking lot Partin was referring to was reconstructed and now boasts additional apartment-style housing in the neighborhood. This additional housing—once a sense of hope for long-time residents of Mission Hill—seems to stand more as a sign of the growing gentrification within the town.

“They’re trying to make [Mission Hill] more-so for college students,” said Partin, a single mother, who works as a cashier at Tasty Burger.

She said concerned residents have been talking about the idea of college students likely being given priority housing over current residents for some time now. Some feel that, by the time 2020 comes, it would seem that all of the apartments in Mission Hill will be for market rent and unaffordable to their families.

As Partin’s son Jordan, 6, sits on her lap playing phone games, Partin shares her sentiments of trying to obtain affordable housing for her family in Mission Hill.

“I’ve been trying to get a bigger space because [my son] needs his own room. They keep telling me that I’m on the waiting list; however, being here for so long, I don’t understand the hold-up,” she said.