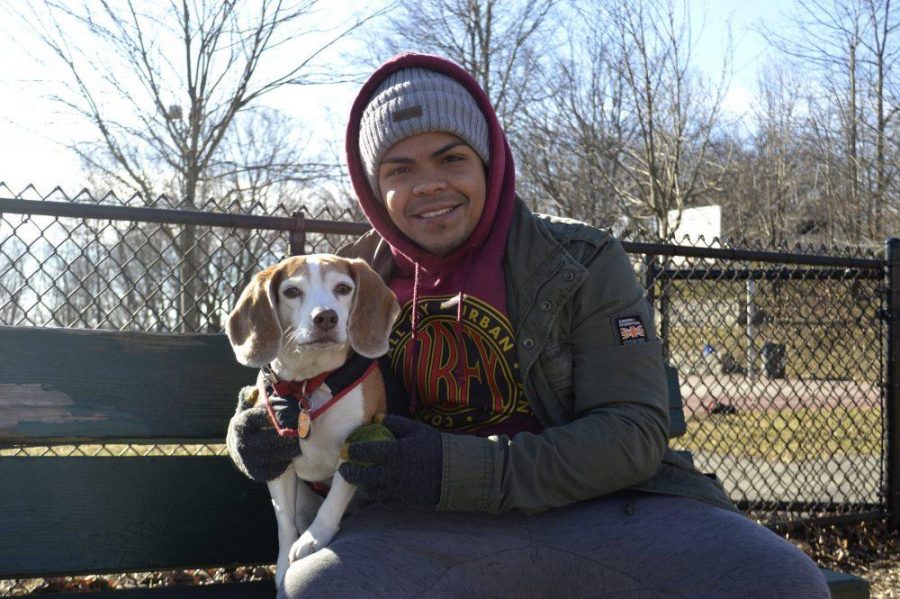 Omar Hernandez, 33, ambled through Mission Hill’s McLaughlin Playground as his dog Bella plodded on ahead of him. She turned around occasionally to look at him, as if to urge him to keep up.

Hernandez whistled for Bella, who made her way toward him. As he took a seat on a park bench, she settled comfortably in his lap and nosed his hand in hopes of a treat.

“I’ve had her since she was four months old,” said Hernandez, a pharmacy technician at Brigham and Women’s Hospital. “She’s now eight— she’s spent her whole life here on the Hill.”

“Bella and I used to live right next to this park,” he said in reference to McLaughlin Playground, one of the highest points of Mission Hill. “Now, I just bring her up every day for a walk and some fresh air. It’s important to her that she comes here for her daily walk.”

A wag of Bella’s tail seemed to convey her agreement.

Hernandez believed that because students are willing to pay market value for the apartments, there is no direction for the rent prices to go but up.

“I don’t know what will happen to Mission Hill in the future, but it’s definitely changing,” Hernandez said. “I was fortunate to find a place on Huntington Avenue to live in, but I know not everyone— especially families— can move as easily.”