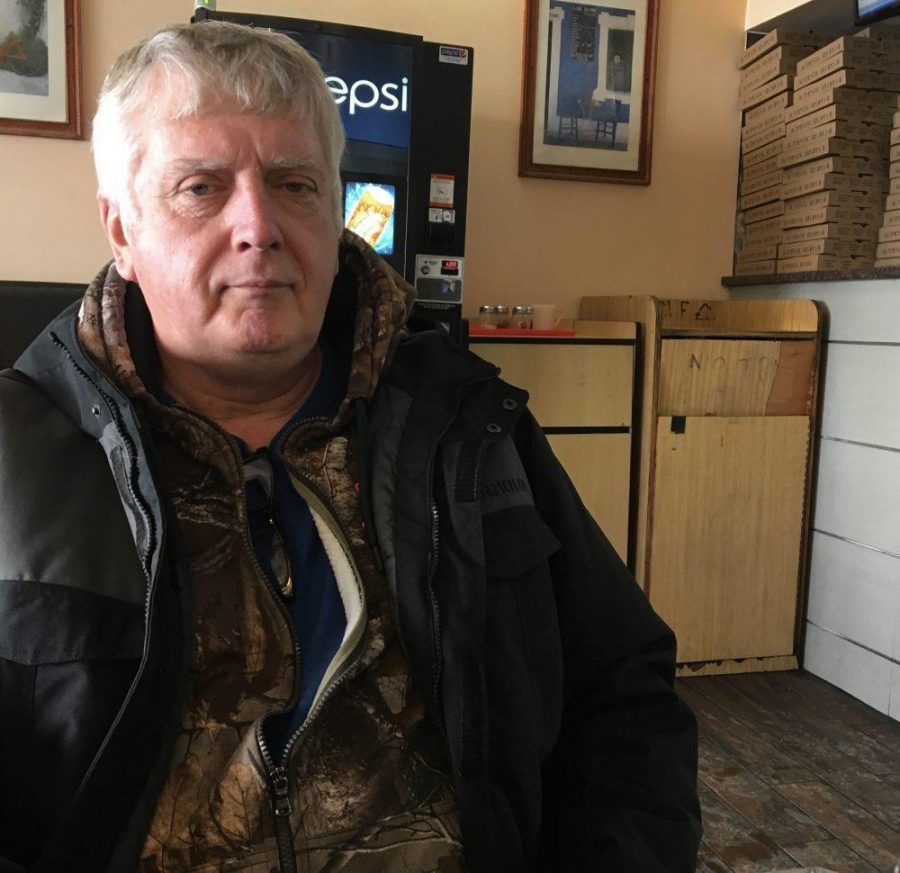 Bill Larson, 65, lives in Weymouth and has worked as an electrician at Roxbury Community College for more than 25 years. He knows which back roads in Mission Hill he can find parking on, has lunch at the Tremont House of Pizza every day during his lunch break, and keeps his political views to himself unless asked.

“I don’t want anybody to know about me. I just want to slip through,” said Larson.

Larson prides himself on being able to disagree with people while remaining friends, and believes that the country was founded on people having different viewpoints.

“Because I hold my views people say, ‘oh you’re racist,’ just because they disagree with me. But that’s not the case at all,” said Larson.

“Just ask these guys,” Larson said, as he pointed to the Tremont House of Pizza staff. Larson said he likes his colleagues and over the years has made many friends in Mission Hill, including Andres Cruz, owner of AC Hardware store who was shot and killed 18 months ago in a robbery attempt.

Speaking on the violence in the neighborhood Larson says not much has changed.

“It was common then, and with all the drugs around now, it’s common now.”

Larson said the violence does not concern him and instead thinks the biggest issue the area is facing now is the rising rent prices. He said that the neighborhood has completely changed over the years, with property being bought pushing lower-income families out.

Looking to the future, Larson hopes that people will think for themselves more and learn about policies that best help them, instead of gravitating to sides.