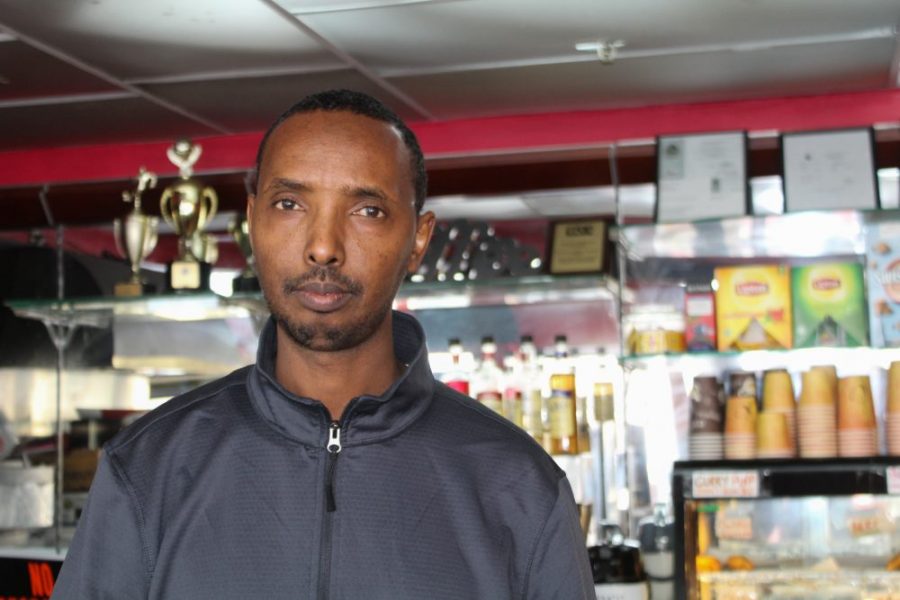 Abdurahman Grujog wears a jacket inside. It’s 5 degrees in Mission Hill, two days after a snowstorm, and a chill sweeps through the cafe when the occasional customer opens the door to enter or leave. Between noon and 1 p.m., there are three of them.

Grujog, 40, is an assistant manager at Butterfly Coffee, a halal cafe connected to the Roxbury Crossing MBTA station. They serve coffee, tea, muffins and breakfast sandwiches with runny fried eggs and spicy sausage. The menu of the day is taped onto the modern register, written in black marker on a piece of printer paper: chicken kabab, lamb shank and sambusa.

As assistant manager, Grujog makes sure the business runs smoothly and does the grocery shopping.

Grujog moved to Boston in 2003 and into his three-bedroom, government-subsidized apartment in Mission Hill 12 years later. He likes living there for the convenience — the apartment is very close to Butterfly Coffee, where he started working in 2016.

But the change has been good for business, and he said he thinks the area is safer now. As a father of three, safety is among Grujog’s highest priorities.

“I hope this area will be safe and a good neighborhood, affordable for everybody.”