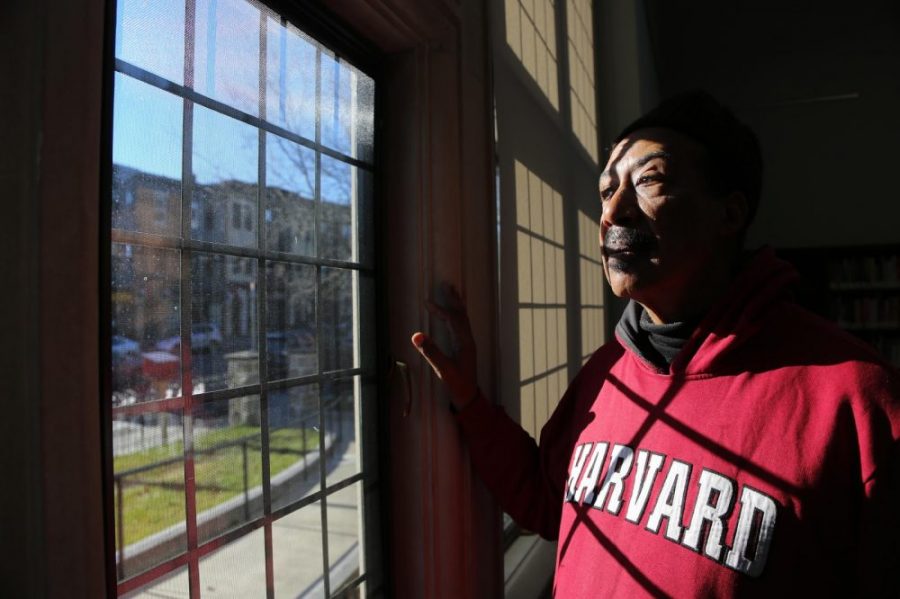 The oldest of nine siblings, he was born in 1944 in Atlanta, Georgia. Dudley grew up during a time when black Americans were still considered second-class citizens. He moved to Boston in 1984 to receive a master’s in education at Harvard. Later, he completed his Ph.D. in history the University of Cincinnati.

Dudley has owned a home in Mission Hill since 1989, where he has worked as an educator and community mobilizer.

“The facelift of Mission Hill has changed [the neighborhood] drastically from 1988 to date, a thing that is forcing the low-income residents to move elsewhere,” said Dudley.

Dudley recollected his lifetime role as a civil rights activist and educator. From marching alongside Martin Luther King, Jr. and Congressman Joe Lewis in the 1960s to working with Archbishop Desmond Tutu in post-apartheid South Africa, Dudley has dedicated his life to service.

His time in South Africa led to a literacy initiative throughout Africa. Since that trip, Dudley has distributed over 3 million books to communities in Nigeria, Ethiopia, Kenya, and South Africa.

Dudley is professor emeritus of history at Salem State University and guest lectures around Boston, offering his insights and knowledge on life skills and community initiatives championed by youth.

After a lifetime spent in global activism, Dudley is now most focused on his own neighborhood.

“Poor people have no fighting chance to stay in Mission Hill, as investors are pouring in money to build hotels, banks and new apartments,” Dudley said.