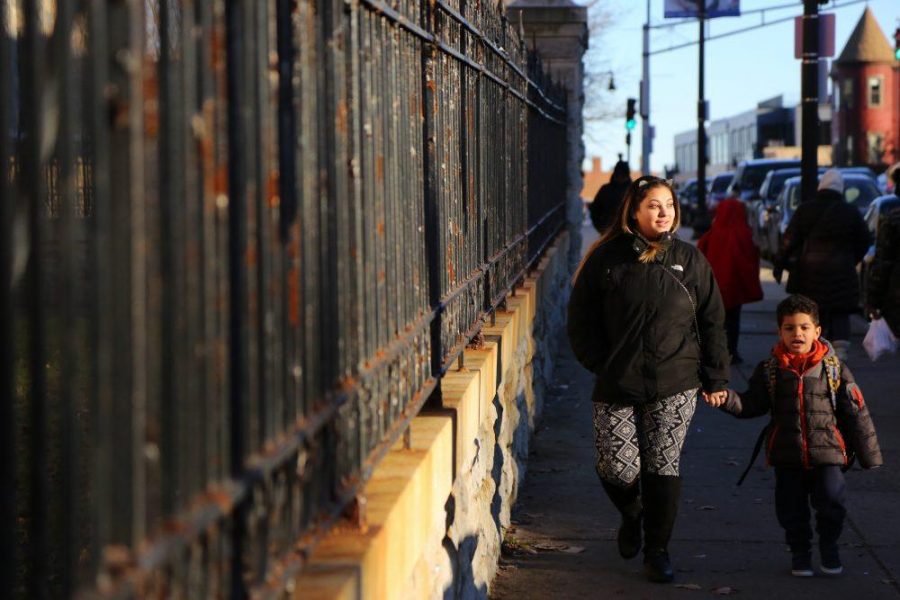 Jaquelin Roman’s favorite memory of growing up in Mission Hill is going with her mom to the park next to Our Lady of Perpetual Help Church.

“I just loved the neighborhood in the fall,” said Roman, who lived here for about five years. “You’d see all the trees, and you’d see a lot of kids.”

The neighborhood was rich in its character and diversity, and the best part was always the sense of community she felt. According to Roman, everyone was friendly and knew each other. People would stop to say, “hello,” and ask how things were going. That much hasn’t changed.

“I feel like when you go to some neighborhoods, they don’t have a good sense of their neighbors,” she said. “Here, you do.”

Now 28, Roman has lived in Hyde Park for about 15 years. But her two young kids go to Mission Grammar School, where she started working about two years ago as a part-time teacher.

She worries about Mission Hill’s crime and cleanliness, but her biggest concern about the neighborhood is gentrification. The area has improved with the times, but she’s concerned all the new condos going up might push out longtime residents.

“I like this community how it is,” she said. “I hope it doesn’t change.”