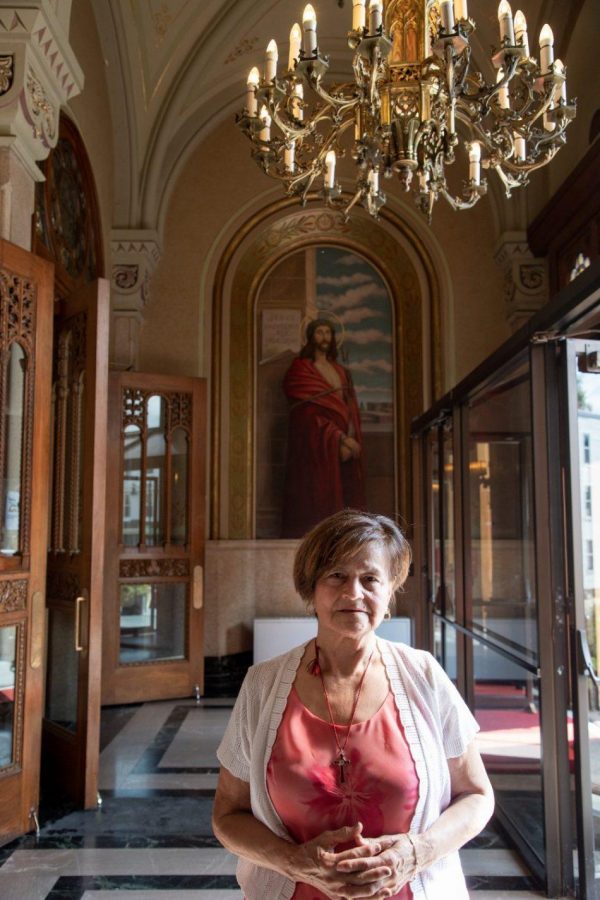 “When I met these people, the leaders in this church, they supported me because I was a newcomer and I was having problems [with] family and things,” said Teresa Naranjo, 75. “They supported me. Walked me through, helped me, involved me in the ministries that I’m doing today. And I owe it to them to having accepted me as a newcomer from Costa Rica.”

Naranjo has lived in Mission Hill for 45 years, after first arriving in Rhode Island. She said the first thing she looked for in finding a new home was a neighborhood with a church. Naranjo has been a member of Boston’s Basilica, or Our Lady of Perpetual Help Church, since her arrival in the city. She has taught religious education there for 25 years.

“For me, its been like heaven not worrying about schools and problems in schools,” Naranjo said. “It was a safe place for me to have a parochial school. That was great for my family.”

Her children have since moved to Boston’s suburbs, where they each have a bedroom for her in their homes. But Naranjo has no intention of moving. She now rents a condo for just herself.

“I have a church within walking distance, hospitals, pharmacies, community,” she said. “I have everything here. I’d be lost if I moved out of here.”

Naranjo also said she is intent on giving back to her church and neighbors.

“I’m a leader, in different ways,” she said. “I’m a translator for those who can’t speak English, for the Spanish community, when they need to go to visit hospitals. Now there’s not a demand because we have a lot of interpreters in the hospitals. But in the past, I was very active as a translator. In my community we still have these new tenants. And they need to be guided so I help them.”