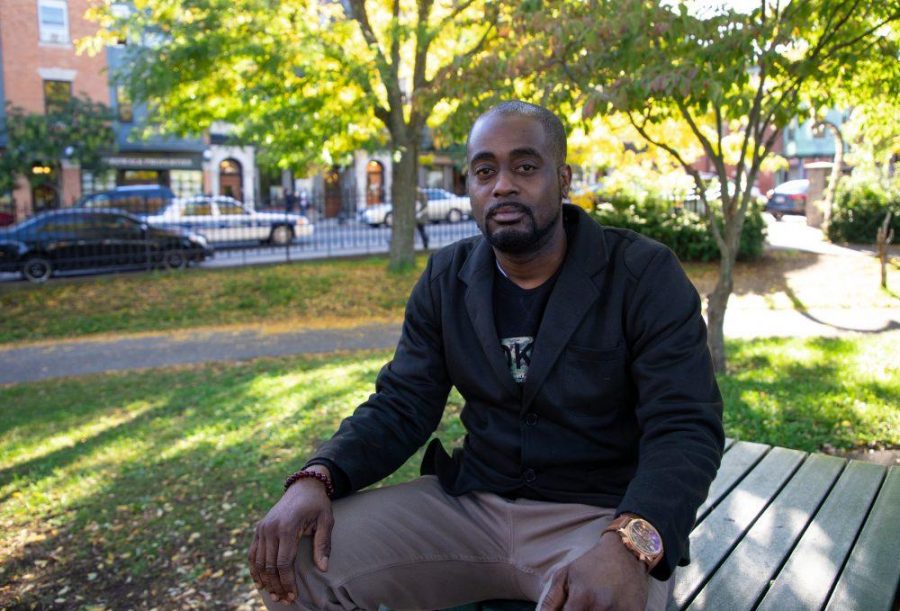 David Nicholas, 32, emigrated from Trinidad to Dorchester in 2013. He made a smaller move to Mission Hill a year and a half ago, where he now rents a single-family home with his brother and sister. Nicholas is a chef at the Hilton in Back Bay.

“Everybody sticks to themself,” Nicholas said. “The area I live in, it’s a lot of college students and people who’ve been living there for a long time.” He also noted a growing group of immigrants, often families with small children.

Even though he said the adults don’t really speak, the kids are good at pulling together pick-up soccer games on the playground behind Nicholas’s house. He goes out there with his 11-year-old daughter when she comes to stay with him.

“We’ll go out there and the kids will be out there playing,” Nicholas said. “I talk to the little boys. Some of them are from Sudan, so they’re familiar with soccer. I’ll be going out there, juggling the ball with them, just showing them. That’s as much as I do as far as the community. I interact with the kids. I love the kids.”

Nicholas said his strongest memory during his time in Mission Hill was when Andres Cruz, then-owner of AC Hardware on Tremont Street, was fatally shot inside his store in July 2017.

“I was around when it happened, on my way home actually,” he said.

Nicholas perched on a picnic table next to Our Lady of Perpetual Help church, but leaned forward to peer across Tremont Street.

“You see where the traffic light is, right down the street? When I was on my way home, I hear all the sirens, the helicopter. I didn’t really pay it no mind. But when I reached home, I turned on the TV. I was like, ‘Damn, that’s right there,’” he said. “It was a sad incident. That was one of the most vivid things.”