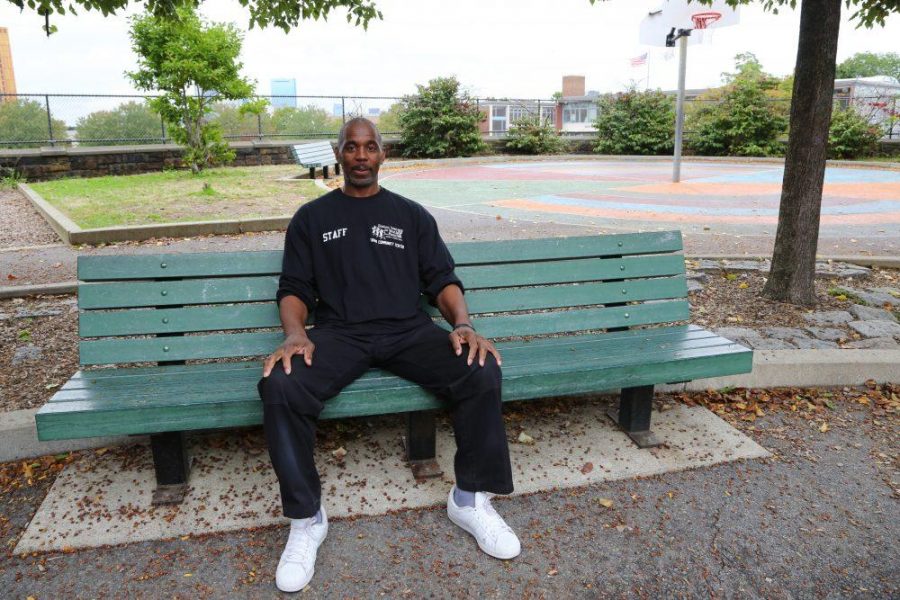 In the nearly 40 years that he’s been coaching basketball in Mission Hill, 55-year-old Chuck Davis, 55, has seen a few of his players touch an NBA floor, including Wayne Turner and Shabazz Napier.

From 1975-2003, Davis lived on Annunciation Road in Mission Hill. He now lives in Roxbury, but his parents still live in the same home.

He works as a recreation instructor and youth worker at the Tobin Community Center. Much of his motivation to be a leader in the community, particularly for young minds, comes from the strong role models he had as a kid.

“For me, there were always great mentors,” he said. “We looked up to everyone.”

Davis’ friends were a close-knit group, like family, and always had respect for one another. His coaches were willing to teach him and point him in the right direction, and he was taught the value of community, so he also tries to do that for the kids under his wing.

“Growing up, I was always told respect and love goes a long way,” he says. “So I kept that quote with me for a long time.”

Davis doesn’t think the neighborhood has changed much since he grew up. But he worries about what might happen if the Mission Hill Recreation Center building is shut down. He also worries about the kids that have been in trouble. It’s hard for people to clean up their act and find good opportunities, he said. A background check can keep them from getting a job.

“I don’t think it’s fair,” he said. “You do time, then you’ve got to wait another five years for your [background check] to clear up.”