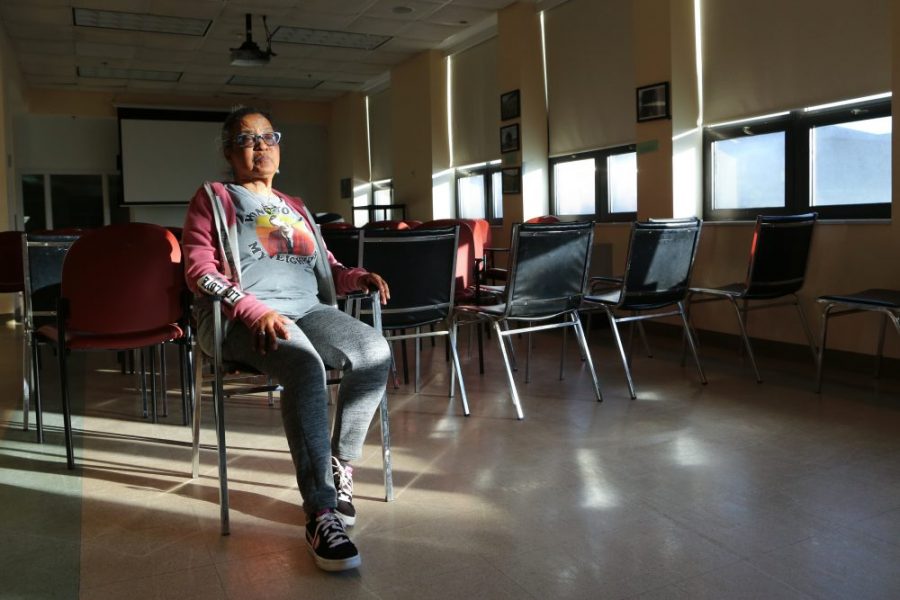 “Ask me how many drug programs [are] in Mission Hill,” said Carmen Pola, forming the answer with her left hand. “None.”

After a long career in local activism and politics, Pola, 79, remains heavily involved in the local community. She is now coordinating the Mission Hill Senior Legacy Project.

Drugs and violence remain significant problems in the community after so many years, but nothing substantial has been done. Pola believes no one wants to talk about these problems or do anything about them because they are too complicated.

“It’s very difficult to see abuse and not call it as such,” she says. “I’m trying to teach myself to … hold my tongue.”

Pola is originally from Puerto Rico. She lived in New York and California for some time before moving to Mission Hill in 1970. The neighborhood has changed a lot since then, for better and worse.

Aside from the drugs and the violence, she said, developers are putting up large buildings and trying to force some people out. Pola is currently locked up in a legal battle over her condo on Calumet Street.

“Oh my god, it’s changed a lot,” she said, adding that the housing situation is worrying her sick. “The black community has been run out of the neighborhood.”

For Pola, inclusivity is the most beautiful part of community organizing. She loves bringing people from different backgrounds together for a common purpose. She has always demanded a lot from her community, but that’s because it feels like a family to her.

Her favorite parts of Mission Hill are the people. She also enjoys living in proximity to so many institutions, even though she wishes they would provide more resources to the neighborhood’s residents.

Pola likes seeing more students moving to the area. According to her, long-time residents should accept the students, involve them in the community and possibly look to them for solutions. However, she wants students to stay out of Mission Main, a housing development that she believes is supposed to be for families.

“Sharing is the biggest thing – and honesty – that a human being will have,” she says. “Age gives me this wisdom, and (God) is the one that directs us.”