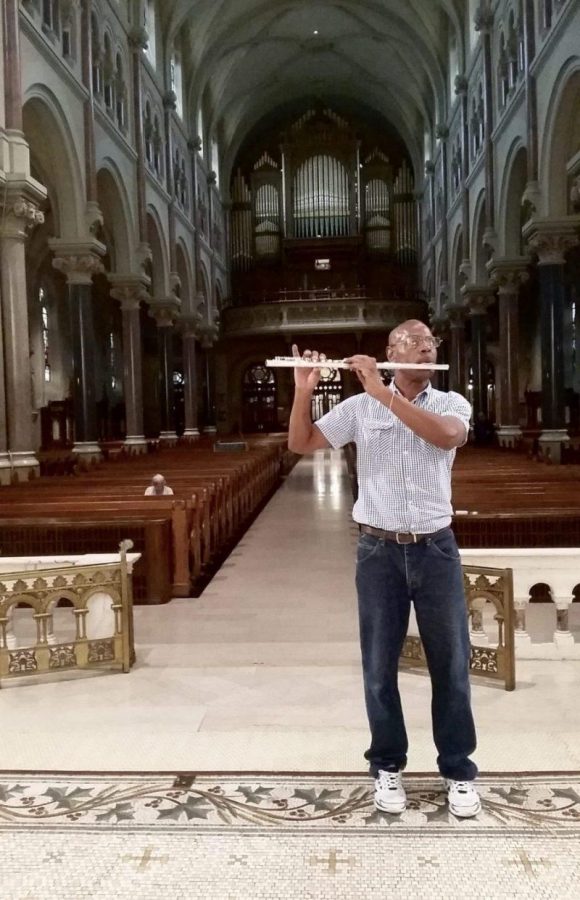 As rain came down outside in torrents, Allan Kindell beckoned bedraggled parishioners into the sanctuary of Our Lady of Perpetual Help, offering them free umbrellas and a magnificent refuge to wait out the storm.

Kindell, 59, has been the caretaker at the Mission Hill basilica for the past 10 years. Greeting people is one of his favorite things about the job.

“The diversity of the people that I meet is astonishing,” he said. Among them, the late Sen. Ted Kennedy, whose funeral was held at the church in 2009.

Kindell, who grew up in Mission Hill, said the neighborhood today is a far cry from the dangerous area it once was.

“It was a complete, utter nightmare at one point. And that’s an understatement,” he said. “But they cleaned it up, little bit by little bit.”

He credits the Boston Police Department for the change, saying the kindness he has experienced from area officers gives him hope for the future.

“Any time I’m in need, they come to my aid so fast you would never believe it,” Kindell said. “They pull up outside themselves sometimes, just to come in and pray. It’s a sight to see.”

Kindell does a little bit of everything at the basilica, which he calls his “golden egg.” Besides cleaning the floors and making repairs, he sometimes sleeps in the pews to keep watch over bodies the night before a funeral.

Over the past ten years, Kindell has also become a talented flute player. He loves the acoustics the vaulted basilica ceiling provides.

“The harmonics are astronomical.” Kindell said. “All the notes are so sharp. They’re like razor blades dancing.”

“To play the flute in this space…” he trailed off, shaking his head. “I’m living, man.”