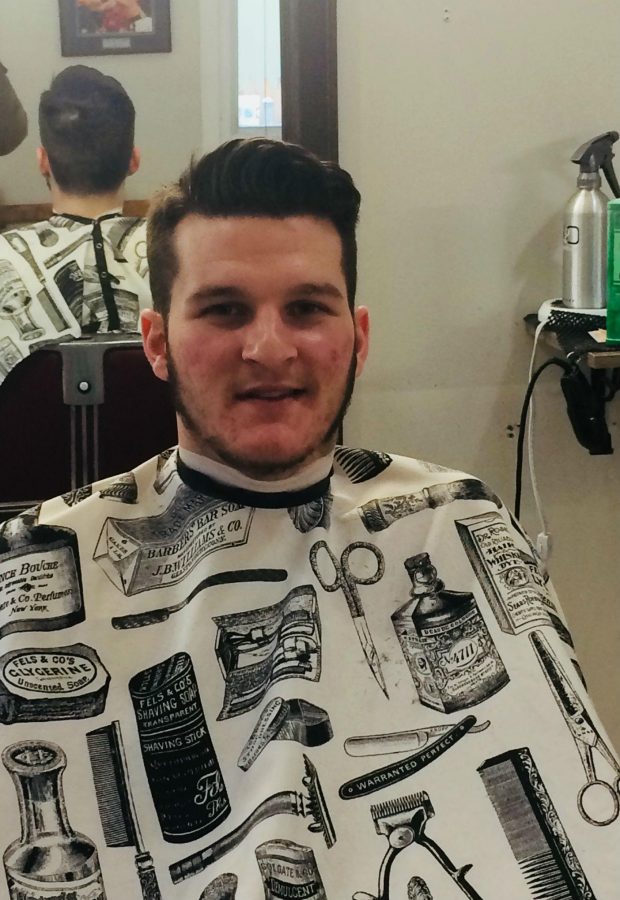 Samuel Lang was surprised by how quickly the police showed up to his apartment in Mission Hill. He had locked himself out and was attempting to break in when a neighbor called the cops.

“[My neighbor] asked me what I was doing and three minutes later the cops showed up,” Lang said during an interview at Sully’s Barber Shop, draped in a barber’s bib and surrounded by the hum of electric razors. “It’s kind of funny, but they do respond pretty well to crimes. I appreciate it.”

Lang considered his awkward police encounter a small price to pay when he reflected on violent crimes that have happened in his neighborhood.

“There was a shooting pretty much on my block,” Lang said. “Someone was killed last semester.”

Lang, 21, is a member of the ever-shifting student population in Mission Hill. He studies sociology at Northeastern University and has lived in Mission Hill for a year.

Lang has found the relationship between police and students can sometimes get heated, especially when it comes to student parties. “I’d say [the relationship] is good until students get drunk, and I’ve got some reckless friends who don’t know when to shut up,” Lang said. “I’d say the cops can also come in aggressive, which isn’t good for someone who’s already lacking inhibition. It doesn’t really help the situation.”

Despite the sometimes-strained relationship, Lang appreciates that the police respond as quickly as they do. He thinks of Mission Hill as a neighborhood where cops need to worry about crimes that are more violent than public intoxication.