With Boston’s Latino population on the rise, a 40-year-old nonprofit continues to boost women and girls 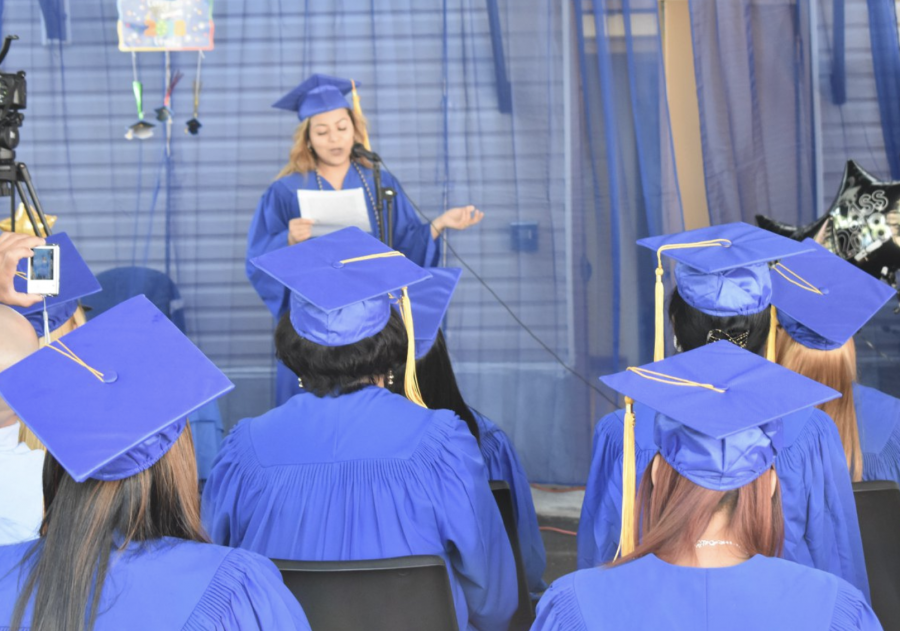 By Alexandra Diamond and Oliver Price

One winter in the late 1970s, a group of volunteers from the non-profit WeCare spread out over the Greater Boston area to knock on doors and see if low-income families needed help weathering the cold. They discovered a significant number of Latina mothers sitting inside with their children, unable to communicate with the English-speaking volunteers.

Because they couldn’t converse well, these women could not leave their homes to meet people, go to school or find work. There were no affordable education agencies at the time that would teach in both Spanish and English.

These women were socially paralyzed.

In 1979, those same volunteers founded the non-profit Mujeres Unidas Avanzando, or “Women United Advancing,” which they ran out of a church basement. The organization was an attempt to remove obstacles that prevent low-income Latina women and girls in the Greater Boston area from integrating into society.

“A lot of Hispanic mothers that couldn’t speak English were home alone with their kids and they weren’t getting out, [they] weren’t meeting people,” said Johannah Malone, co-director of the organization.

Located in the heart of Dorchester and walking distance from the Field’s Corner Red Line T-stop, Mujeres Unidas Avanzando is well-positioned to cater to the community, as Dorchester and its surrounding neighborhoods house a significant percentage of Greater Boston’s Latino population.

When Malone joined Mujeres Unidas Avanzando in 2000, the program only offered a few basic English and computer classes, a GED certification class and a child daycare service. But in the 19 years since, Malone has played a leading role in developing many of the services and programs the organization now offers. 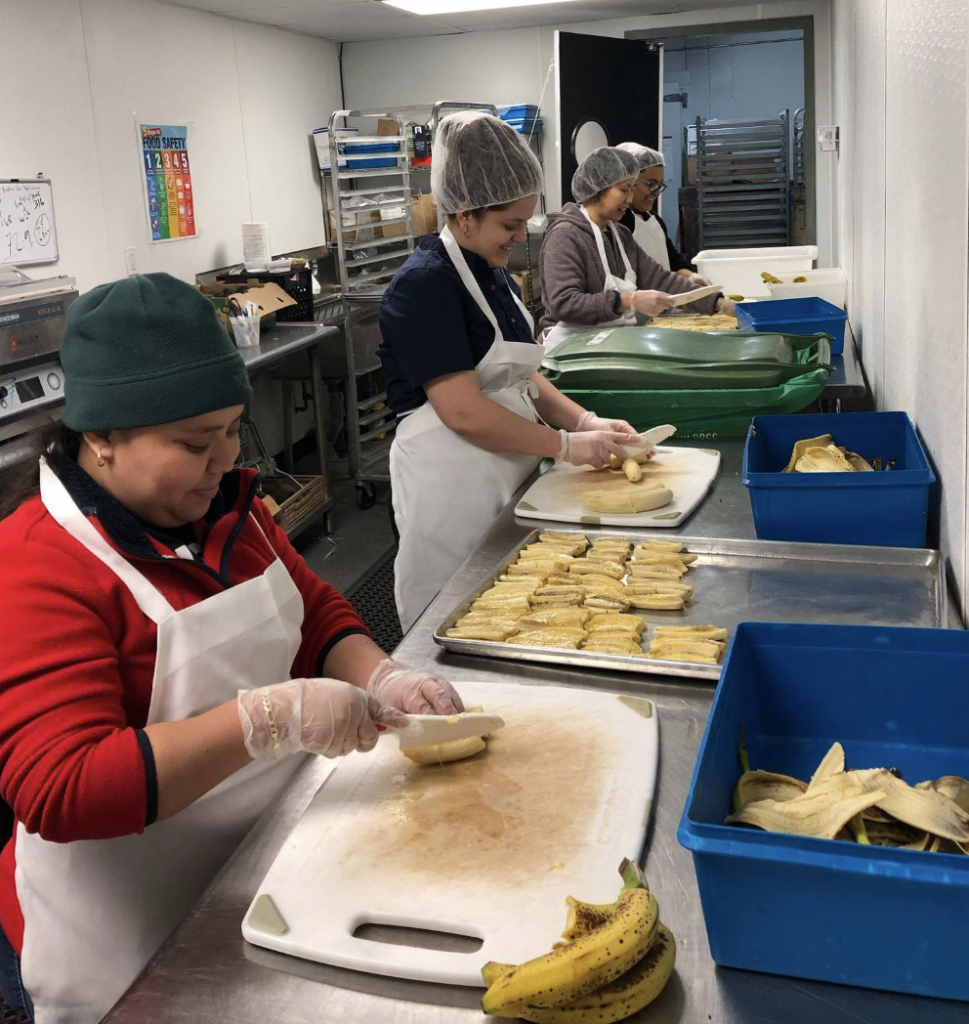 MUA students volunteering in the kitchen at Daily Table, which is part of their service learning component of ESOL III. Photo courtesy of MUA’s Facebook page.

According to Malone, the organization’s greatest strength is being a “one-stop shopping resource.” The wide variety of programs offered at MUA aim to help its students tackle “whatever would prevent them from coming to school.”

For Latinas in Boston, there certainly are obstacles.

Silvia Dominguez, who has a doctorate in sociology, is an Associate Professor of Sociology and Human Services at Northeastern University. Her research primarily deals with the experience of immigrant women and children populations, as well as the value of the public housing system for Latina immigrants.

“There is a survival aspect and a mobility aspect,” said Dominguez. Survival pertains to a woman’s ability able to live and take care of herself, while mobility pertains to learning particular skills like financial literacy, she said. 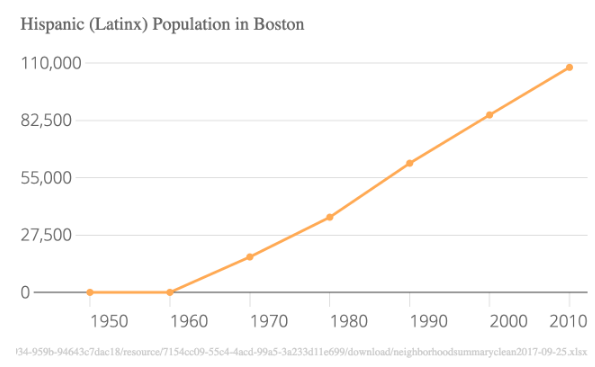 “One of the issues I have seen with immigrants is they have to work so much, so going to learn English on top of that is impossible,” Dominguez said.

She said programs like Mujeres Unidas Avanzando are valuable, but women may struggle to attend if they cannot afford to lose time that could be spent earning money.

“They all come from different backgrounds. A lot of them are in shelters, or are involved in ongoing domestic violence cases.”

Mujeres Unidas Avanzando is aware of this issue. Just this year, the organization started a night program geared toward women who work during the day.

For Shalvey, the best part about being at MUA is working with the women.

“They are just so inspiring” Shalvey said. “They all come from different backgrounds. A lot of them are in shelters, or are involved in ongoing domestic violence cases.”

MUA, in addition to its classes, offers counseling services for women who have been victims of domestic violence.

Malone says the organization attracts prospective students by targeting neighborhood hubs, posting fliers in check-cashing locations, shelters and supermarkets as well as by reaching out to other organizations. 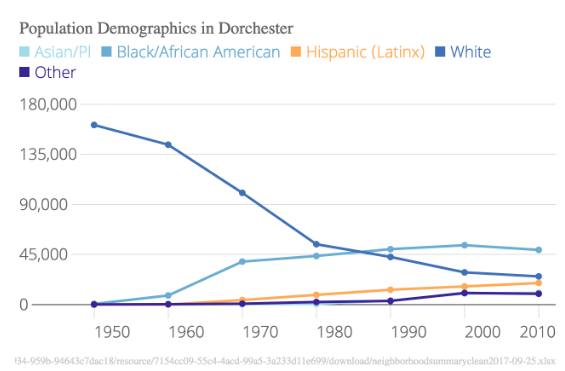 Malone said enrollment at Mujeres Unidas Avanzando has grown since she became a member of the team, from around 200 students per year up to around 350. Since its inception, the organization has assisted more than 10,000 Boston Latina women and girls. Of that population, about 1,800 have earned their High School equivalency, 5,600 have become fluent in English, 4,860 found jobs, 920 are attending college, and 900 have found housing.

Dominguez praised programs like Mujeres Unidas Avanzando and said that it very seldom is it possible to find programs that teach both language and practical skills.

But she thinks the biggest issue still remains.

“The biggest barrier is low-wage immigrant jobs,” said Dominguez. “Low-wage work is not a living wage.” She said that women earning about $16 an hour, which is already $4 above the minimum wage in Massachusetts, can barely keep themselves and their families afloat.

As a non-profit, the program relies heavily on government grants, which comprise approximately 73 percent of its funding. As a result, the organization’s financial success is tied closely to the state of the economy.

When the economy is thriving, Malone said, Mujeres Unidas Avanzando receives more grant funding; however, a solid economy also means low-income women would be more likely to find adequate employment and would be less inclined to enroll.

Despite the struggles she has faced over the years, Malone loves her job, and says she is inspired by the women she works with.

“These immigrant women tend to have good self-efficacy,” she said. “They have made the incredible effort to come here, so they are committed to making it work and not blowing it.”

Shelvey says her goal is to make the women she teaches feel included, and “to help them realize that they are welcome here, and that the American dream can be theirs.” She is hoping to help the women realize there are opportunities out there, “even if it doesn’t always feel like it,” she said.

“Every day [the women] try to make a better life for them and their children,” Shalvey agreed. “Balancing school, work, immigration, summers in community college in addition to being here is just so inspiring.”